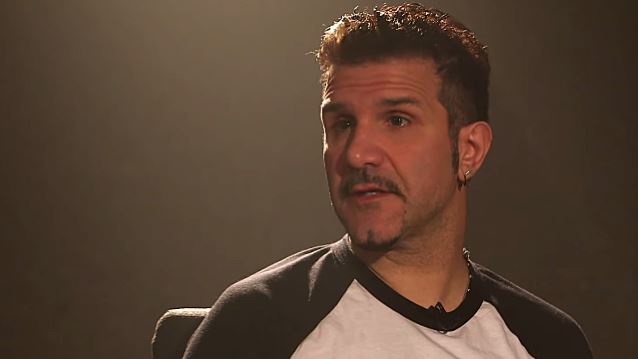 It's been a long time coming, but unabashed coffee connoisseur, ANTHRAX drummer Charlie Benante, has entered the world of entrepreneurship, announcing "Benante's Blend". The coffee will come in two different varieties: the "Be All End All" blend which is a dark roast with a real kick, and the "Forever Metal" blend, a milder coffee.

"I grew up in a large Italian family and coffee was a daily staple in our home," said Benante.

"As a kid, I loved coffee so much, my mother said that at one point she put some coffee in my bottle.

"For me, the taste of coffee is one of the greatest tastes that there is on earth, so I decided to create what was for me, the perfect cup of coffee."

This is actually Benante's second foray into the world of coffee. Years ago, he joined up with MEGADETH mainman Dave Mustaine for a line of coffee and coffee products. "I've learned so much since then," said Benante, "especially about selecting and blending the right beans, and how important roasting is."

Benante hooked up with a company that specializes in coffee roasting.

"I was pretty specific about the tastes I was looking for," Benante explained. "I told them the type of coffee I wanted, what some of my favorite coffees were, and we built it from there. We combined beans from different regions, Brazil, Costa Rica, Mexico, Sumatra and Africa, and tweaked the amo unt of time the beans were roasted to get just the right taste. It was a process, I tested a lot of different blends, but it was a lot of fun.

"I love coffee so much," Benante added, "if I could make it a cologne, I would wear it."

In between coffee tastings, Benante has been recording the next ANTHRAX album, due out later this year. The band kicks off leg one of its 2015-2016 global tour on April 24. 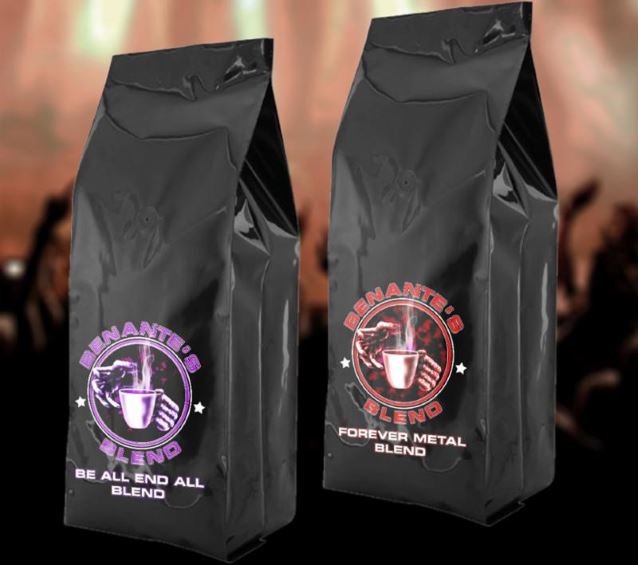