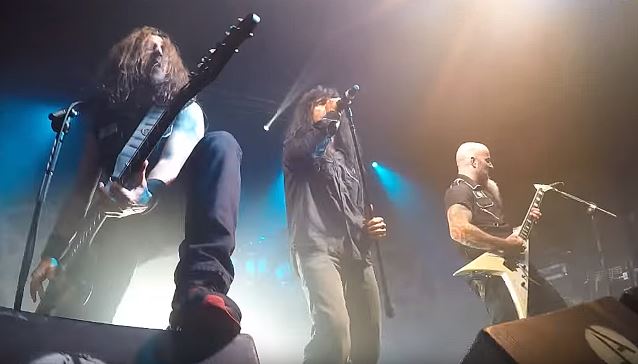 Spain's EMP Live has uploaded video footage of ANTHRAX's November 2 concert in Valencia. Check out the clip below.

Beginning in the fall of 2014, ANTHRAX — Charlie Benante (drums), Scott Ian (rhythm guitar), Frank Bello (bass), Joey Belladonna (vocals), and lead guitarist Jon Donais — took their time in the studio recording the follow up to their Grammy-nominated, critically acclaimed 2011 album, "Worship Music". The band recorded some 20 original songs, almost twice as many as they had ever brought into the studio in the past. In terms of how the new music sounds, Bello said: "The thing about ANTHRAX...we have this heavy, thrashy music and Joey's powerful and melodic vocals. I love heavy music, but I also love melody, so the challenge is to blend them together so they sound like ANTHRAX. I think we've done a really good job of that on the new album."

A new ANTHRAX song, "Evil Twin", taken from "For All Kings", is now available digitally, and can be purchased via Apple Music, iTunes and Amazon.

ANTHRAX has joined "Big Four" comrades SLAYER on a seven-week European tour that kicked off on October 25. 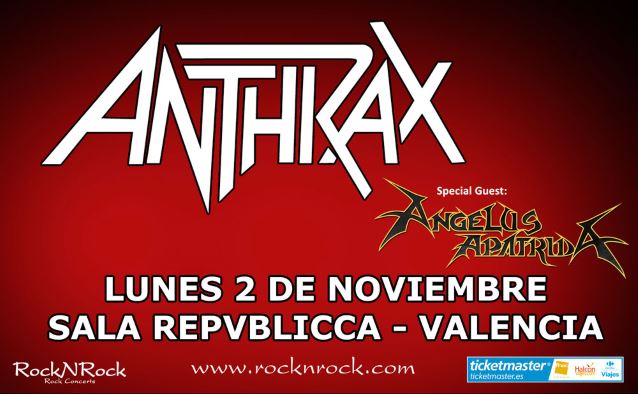