ANTHRAX will play at the Red Bull Snowscrapers event on February 15 at East River Park in New York City. The show starts at 3:00 p.m. and ANTHRAX goes on at 7:00 p.m. According to a posting on the Red Bull Snowboarding web site, the event will feature 16 of the world's best snowboarders, including Red Bull riders Shaun White, Pat Moore and Travis Rice, competing for a $100,000 prize.

ANTHRAX entered a Chicago studio on November 4 to begin recording its new album, tentatively titled "Worship Music", for a May 2009 release via Nuclear Blast Records (in Europe). The band is laying down 13 new original songs and at least four covers, including "Brain Of J" (PEARL JAM), "Big Eyes" (CHEAP TRICK), "New Noise" (THE REFUSED), and "Running Down A Dream" (TOM PETTY). Drummer Charlie Benante wrote in a recent online posting, "The new tunes are very strong. We have some old-school thrash and some stuff that is like 'We've Come For You All' meets 'Sound Of White Noise'. This record is not forced — it is a very organic and honest representation of where we are as a band and as writers. I hear many things nowadays that sound forced, [and] I ain't digging that. There is a six-minute tune called 'Down Goes The Sun', I believe it is one of my favorite songs. The music itself is epic, it sends chills up my spine. 'Face with No Name', 'The Devil You Know', 'Earth On Hell' — all killer."

ANTHRAX's new CD is being produced by the group's guitarist Rob Caggiano (CRADLE OF FILTH, BLEEDING THROUGH, CHTHONIC, SAHG) and will be tracked at various facilities in Chicago, Los Angeles and New York. The album will be mixed in early 2009 by Joe Barresi, who has previously worked with TOOL, QUEENS OF THE STONE AGE and SATYRICON, among many others. 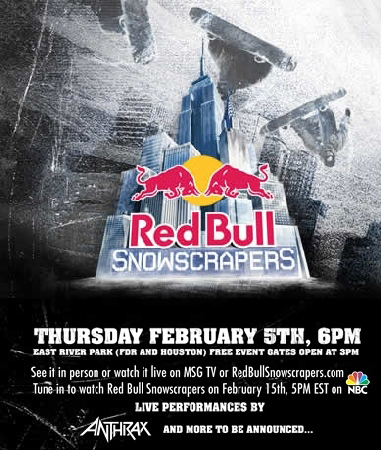