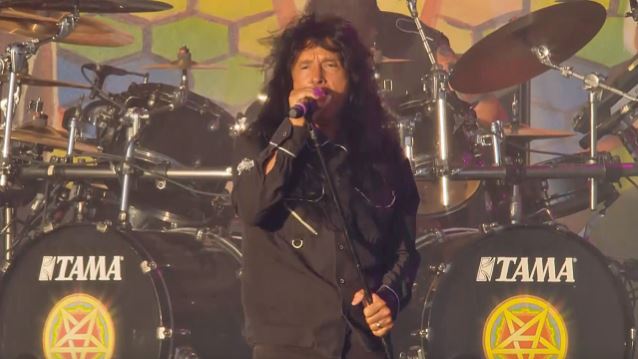 Professionally filmed video footage of ANTHRAX's entire performance at this year's edition of the Bloodstock Open Air festival, which was held August 11-14 at Catton Hall, Walton-On-Trent, West Midlands, United Kingdom, can be seen below.