Following two successful seasons, "Blood & Guts With Scott Ian" has returned to the Nerdist Channel with Season 3. A new episode will debut every Thursday, leading up to the season finale on Halloween. The Season 3 premiere — which features Johnny Depp's regular makeup designer Joel Harlow — can be viewed below.

"Blood & Guts" is hosted by Scott Ian, guitarist and founding member of legendary metal band ANTHRAX. Ian, a longtime horror aficionado, gives viewers a behind-the-scenes look at how some of the all-time greatest practical effects artists create the gore and monsters that genre fans love. The series differs from typical behind-the-scenes shows due to Ian's infectious excitement and curiosity, coupled with the clever ways the effects are integrated into each episode. Ian is often the one in the makeup chair, experiencing squibs, gore appliances and complex character makeups with rare enthusiasm.

"I've been into horror longer than music, longer than comics. It was my first true nerd-love," says Ian. "And that love affair still burns hot all these years later. Horror has been a huge influence on my music career, my writing, and now I get to actually be a part of it by hosting 'Blood & Guts'. It's my dream gig."

Previous guests on the show included the likes of seven-time Academy Award winner Rick Baker, "The Walking Dead"'s Greg Nicotero and frequent Guillermo Del Toro collaborators Spectral Motion. Season 3 of "Blood & Guts" ups the ante with an original creature created by Joel Harlow exclusively for the series, unprecedented behind-the-scenes access to the creation of Universal's Halloween Horror Nights and an episode with Tony Gardner that includes a surprise visit from a legendary horror character, reprised by the original actor.

"Blood & Guts With Scott Ian" is produced by Chris Hardwick's Nerdist Channel as part of their partnership with YouTube, with episodes premiering online alongside All-Star Celebrity Bowling and other Nerdist content. The show was originally launched with Fangoria's involvement, but Nerdist has taken on full production duties for Season 3. The dedicated crew remains the same, with Jack Bennett directing and producing each episode.

"The show works in two ways," explains Bennett. "You can watch it in awe of the extraordinary talent of these artists, or you can tune in to see Scott get his face ripped off. I love both."

The full episode guide for the third season of "Blood & Guts With Scott Ian" can be found below.

October 3 - Episode 1: Joel Harlow ("Star Trek", "Pirates Of The Caribbean"). Harlow shares his practical approach to doing makeup on blockbusters and transforms Scott into a creature inspired by H.P. Lovecraft.

October 24 - Episode 4: Vincent Guastini ("Requiem For A Dream", "Dogma"). Scott goes to VGP Effects for a look at their eclectic resume and an homage to splatter fx from the '80s.

October 31 - Episode 5: Stan Winston & His Legacy w/ Matt Winston, Howard Berger, Lance Anderson and more. Scott catches up with Stan Winston's collaborators and his son, Matt, for a look at Winston's continued influence on the world of effects.

Bennett will be appearing at the 10th annual Rock And Shock to screen episodes and discuss the show. The horror convention takes place in Worcester, Massachusetts on October 18-20, 2013. Attendees will have the opportunity to meet Robert Englund, Robert Patrick, Michael Rooker, Gunnar Hansen, Eric Roberts and more. 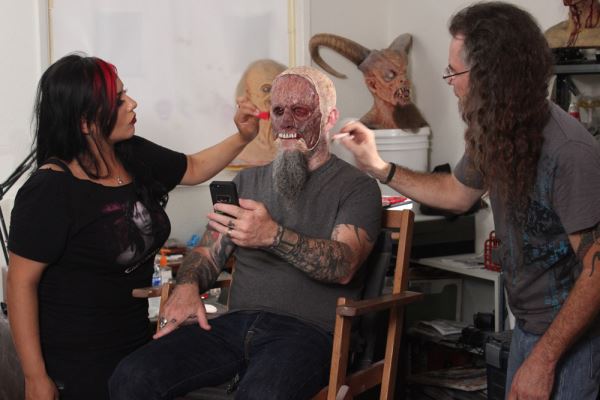 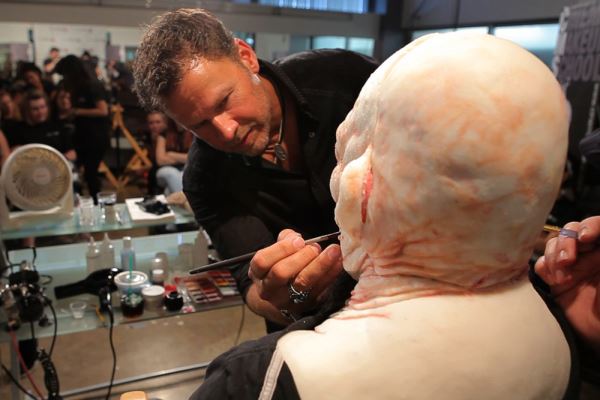 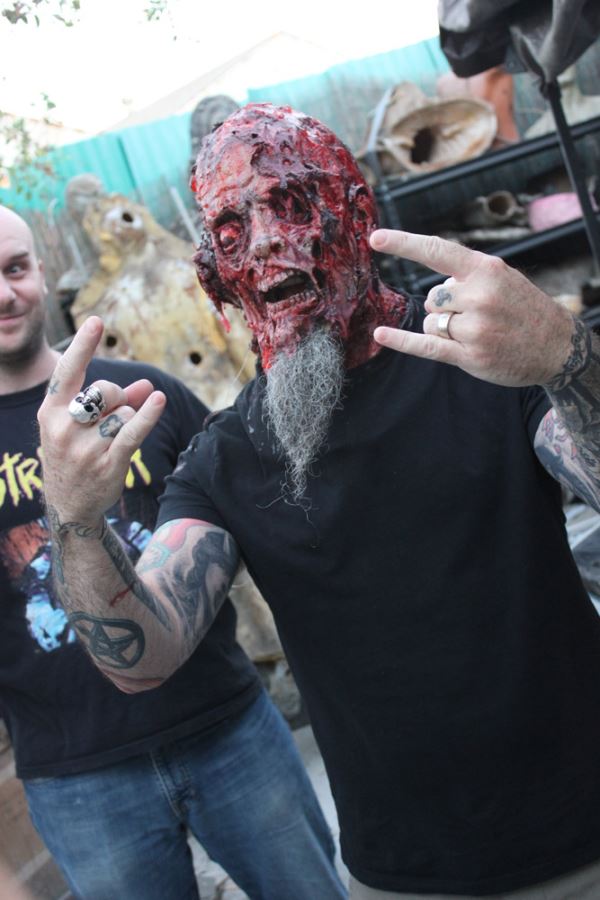