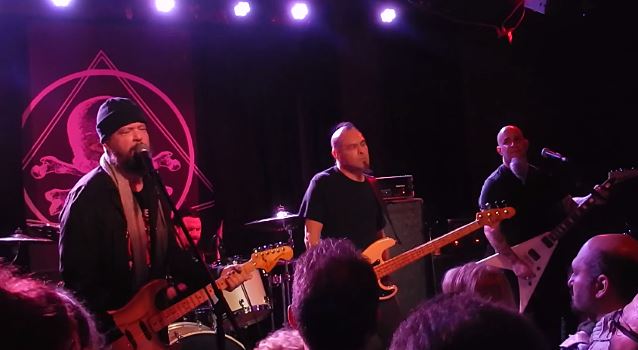 Guitarist Scott Ian (ANTHRAX), his wife Pearl Aday (daughter of actor/musician Meat Loaf), drummer John Tempesta (formerly of EXODUS, TESTAMENT, WHITE ZOMBIE, HELMET and other bands) and bassist Joey Vera (current ARMORED SAINT and FATES WARNING member, who was briefly in ANTHRAX) in 2013 joined forces with Jim Wilson, guitarist/vocalist of MOTHER SUPERIOR (who doubled as Henry Rollins' backing band from 1997 to 2003) and longtime Daniel Lanois bassist, to perform MOTHER SUPERIOR's music at a show in Ian's house as the guitarist's birthday present to himself. The project, called MOTOR SISTER, has since written and recorded a debut album, "Ride", which will be released on March 10 via Metal Blade.

MOTOR SISTER's first live performance in support of "Ride" took place on February 12 at Saint Vitus in Brooklyn, New York. Fan-filmed video footage of the concert can be seen below. 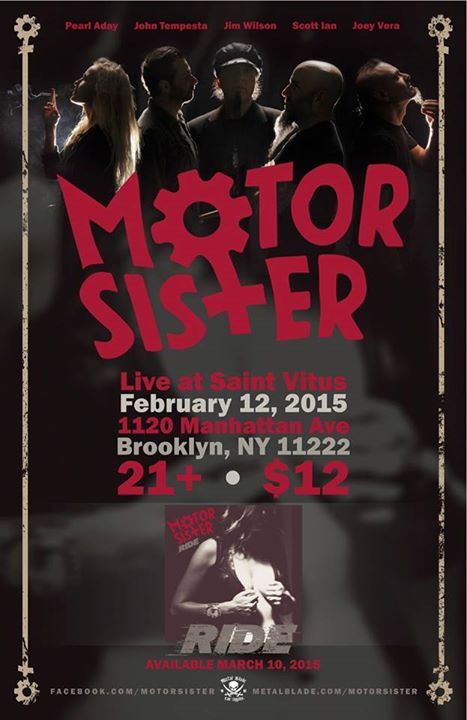 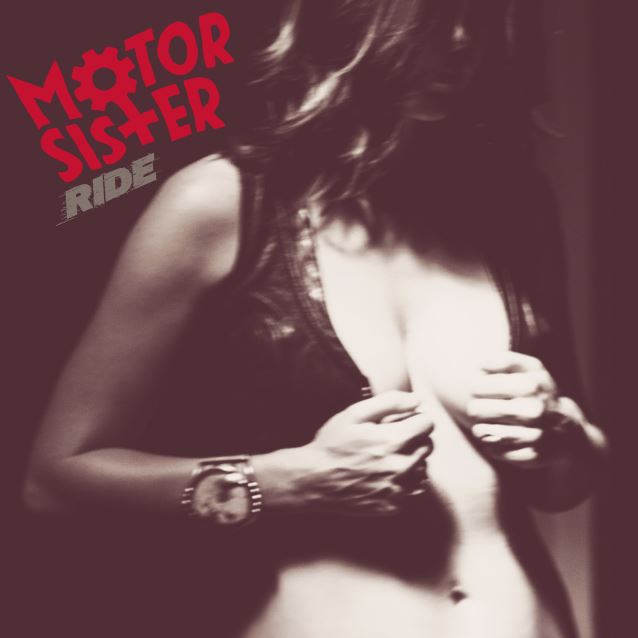