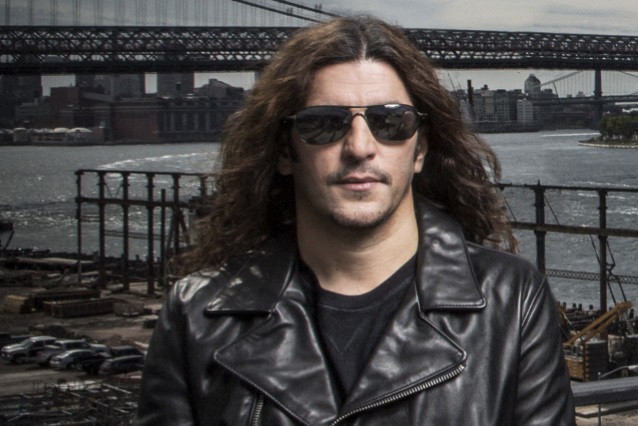 ANTHRAX bassist Frank Bello says that SLAYER will never die, despite the fact that the Tom Araya-fronted outfit is retiring from the road.

Last month, SLAYER, one of metal's most popular and influential bands of the past four decades, announced its "final world tour" via a 30-second video. The group also confirmed that its last-ever North American run of dates would feature support from LAMB OF GOD, ANTHRAX, BEHEMOTH and TESTAMENT.

In an interview with Sofa King Cool, Bello was asked if SLAYER and other veteran heavy metal artists calling it quits is an indication that the hard music genre is coming to an end. "No. Why would that be end to heavy metal?" he responded (hear audio below). "ANTHRAX is going stronger than ever. You've got METALLICA going stronger than ever. MEGADETH… All the bands are doing what they're doing, it's just certain bands…

"Look, I don't think SLAYER will ever die, quite honestly," he continued. "[Even though] this is the last tour, you'll always see a SLAYER… I mean, I'll always have my records; that's the way I look at it. They're all really good friends of mine, so just because they stop touring… Maybe there'll be one-off shows and stuff like that — I don't know. But I don't consider SLAYER… There'll always be a SLAYER. I don't consider them retiring. It's weird for me to even hear that. I'm hoping that they'll do one-off shows and we'll get to play with them [beyond the final tour], 'cause I truly enjoy playing with them."

Bello added that ANTHRAX has no intention of pulling the plug anytime soon. "I wanna play for as long as I can play," he said. "I genuinely enjoy doing this. I've been very, very fortunate. I know how lucky I am to be able to do this and make a living at it. So I don't look at that and take it lightly. I've been very lucky. And I truly enjoy playing with the band, and we love writing songs. Our last couple of records have been the biggest records we've had. So we're on a good path.

SLAYER will kick off the first leg of its farewell world tour with a May 10 concert at San Diego's Valley View Casino Center, with dates running through June 20 at Austin's 360 Amphitheatre.

ANTHRAX will release its long-awaited live-in-concert DVD, "Kings Among Scotland", on April 27 via Megaforce. The DVD is preceded by ANTHRAX's North American co-headline tour with KILLSWITCH ENGAGE — "KillThrax 2018" — which kicked off January 25 in Montreal.