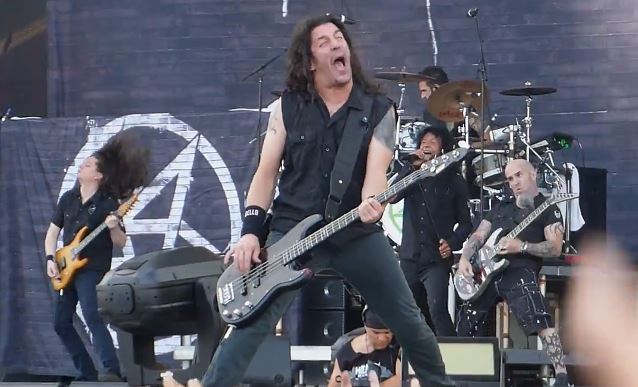 In keeping with the goal of finding the "best of the best" for their fans regardless of who manufactures it, the members of ANTHRAX have produced a new bourbon, "The Devil You Know", priced at $59 and available now at this location.

"If we find something we really like and that we actually drink ourselves, we think maybe our fans might like it too, so we want to make it available for them," said ANTHRAX's Scott Ian. "We really enjoyed 'Indians', the bourbon we produced last year, and obviously our fans did as well as it sold out really quickly."

Consequently, ANTHRAX — Ian, Charlie Benante, Frank Bello and Joey Belladonna — decided to do another round of "taste testing," this time working with Kentucky-based Knob Creek to produce two barrels of a high-end bourbon, "The Devil You Know", now part of the distillery's "small batch bourbon" collection. Both barrels were aged for nine years, a process that results in a much richer more distinctive taste. And every bottle purchased ships with a card personally autographed by the band.

"The Devil You Know" will taste like no other bourbon, due to the blend of specially selected aged bourbons and rye whiskeys, as well as the wood barrels they were aged in.

"We had a great time sampling the different bourbons to find the one we thought was the best," added Bello, " and we hope our fans have the same good time drinking it. Responsibly, of course."

ANTHRAX is currently in the final stages of recording the follow-up to its critically acclaimed, Grammy-nominated 2011 album "Worship Music". The new CD is expected out early 2016. 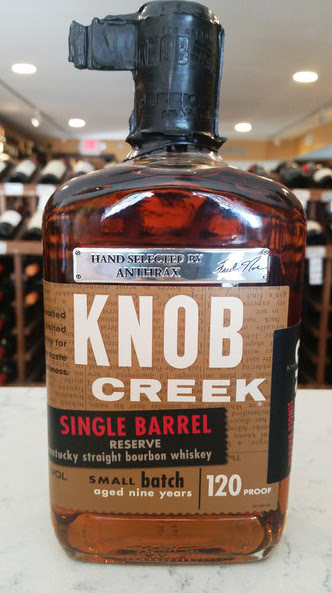