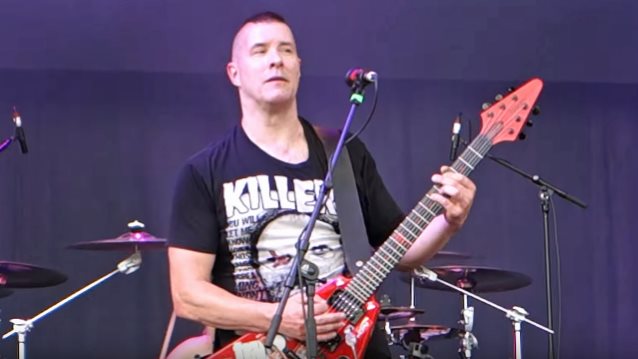 Canadian thrash/heavy metal veterans ANNIHILATOR have lacerated many senses over the years with their supreme, aggressive metal mastery, and on January 27, 2017, their legion of loyal fans can look forward to a series of fresh sensory experiences as ANNIHILATOR proudly presents "Triple Threat", a three-disc collection of ANNIHILATOR's music in a trio of very different scenarios.

The main disc comprises a set of ANNIHILATOR's classics performed acoustically, with band leader/guitarist/ songwriter and vocalist Jeff Waters bringing together band members Aaron Homma and Richard Hinks, Vancouver drummer and friend Marc LeFrance plus Ottawa session player Pat Robillard. Recorded and mixed by Waters (with Marty Sobb), this quintet laid everything down live, off the floor and in single takes at Watersound Studios in Dunrobin, Canada during late May and early June, 2016, giving Waters one of the most challenging, satisfying and perhaps "electric" creative moments in his career.

The second disc will feature ANNIHILATOR's vicious set from the 2016 Bang Your Head!!! festival, a set which illustrates the very best of what ANNIHILATOR is known for — tight, sharp, technically excellent and melodic thrash metal music. It will also contain some exclusive inside-ANNIHILATOR off-stage perspective, courtesy of Jeff Waters's own camera, which captures further elements, flavors and detail of the band which fans will flip over.

"This was one of the coolest things I have done in my long career," says Jeff. "Having five people in a room, from all different backgrounds and talents, coming together to play songs from the past and to try to sound like we are one but totally live and with feel.

"This was one of the biggest challenges that ANNIHILATOR has faced, musically, but what impressed me the most was how you can hear all the individual styles each player has and how we were able to glue the playing and feel together. Done all in one take and with all the musical blemishes and imperfections that I would never normally let slide!

"This set covers some of the melodic songs, one even from 1984 (when a few of these guys were not even born!) and I just had to do this once in my life… to challenge myself and maybe show some others that it's not always just about the metal and the thrash! Rock 'n' roll and ballads are found everywhere in heavy metal.

"ANNIHILATOR are made up of a helluva lot of styles, mixed into one. That's exactly what kind of musicians I put together for this set… a mixed bag of rockers and metalheads and they made our legacy proud!

"Enjoy… we sure love this one."

"Triple Threat" will be available in several formats, including DVD/2CDs, Blu-ray/2CDs, a 2CD audio-only and digital download.

Live At The Bang Your Head!!! Festival 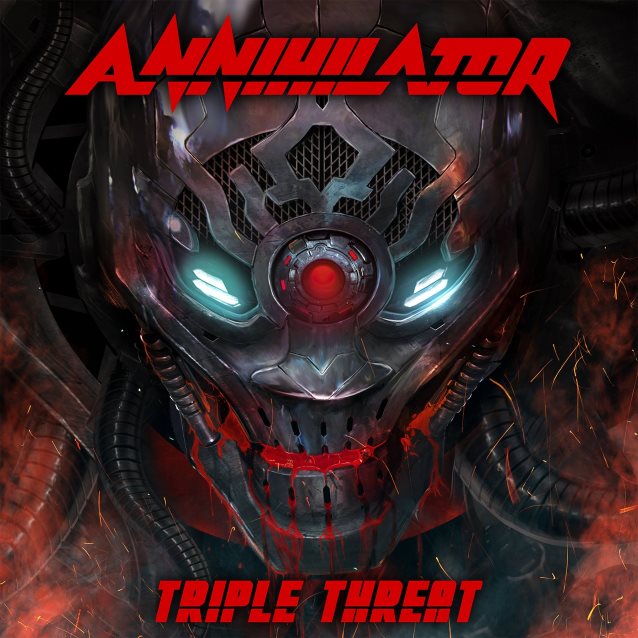