Los Angeles death metallers ANNIHILATED will enter Trench Studios in Corona, California later this month to record the beast of brutality that will be "13 Steps To Ruination". Set for release via their new label home of Unique Leader Records, the CD will be produced by drummer Scott Fuller (ABYSMAL DAWN). Drums will be recorded by producer/engineer John Haddad (ABYSMAL DAWN, EXHUMED, INTRONAUT).

Comments the band: "We think this is our heaviest, and catchiest stuff we've written with a very real and intense message we think people will really dig it."

ANNIHILATED was formed by guitarists Eric Matranga and Robert Fimbres in 2008, shortly after the breakup of the L.A. death metal band EXCRETION. They began to create songs with a sense of purpose as an outlet for their vital message to promote rational thinking and freely question what's being told to us through the press and new media outlets.

In 2012, drummer Scott Fuller (ABYSMAL DAWN) joined the group with the same values and ideologies. Helping to succeed their musical purpose, he added a new dimension of percussive flavor and syncopation to the music. Shortly after, they recruited Martin Rygiel (ex-DECAPITATED) to lay down the bass tracks on their EP, "Injected". Martin's thunderous bass attacks and vast knowledge of music added the aggression and solid foundation the group was hoping for. 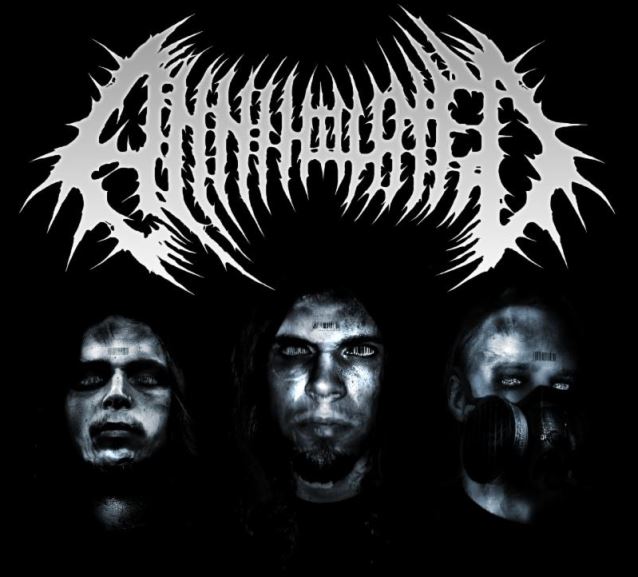