Legendary rock musician Ann Wilson has released another new single, "Black Wing". It is one of several songs the HEART frontwoman recorded last fall in Seattle with the help of local musicians, including current HEART bassist Andy Stoller and keyboardist Dan Walker. In addition to "Black Wing", Wilson recorded "Tender Heart" as well as covers of Steve Earle's "The Revolution Starts Now" and ALICE IN CHAINS' "Rooster", all three of which have already been released as singles, plus another original, "The Hammer", which came out in February.

In a 2020 interview with ABC Audio, Wilson described "Black Wing" as a "heavy poetic song" that was inspired by where she lives.

"I live on a river, so there's lots of birdlife and everything," Wilson explained. "And I see these birds coming so fast across my view. They're coming from somewhere and they’re on a mission to somewhere else. I thought, 'Well, that spirit is carrying a lifeline from the world,' you know? And so, that got me thinking about writing a song… about carrying messages from the world's insanity out to this pure place."

Released last year, Ann's version of "The Revolution Starts Now" — which marked her first new music in more than two years — was met by universal acclaim from the likes of Rolling Stone, which praised it for "a sense of urgency that arrives like a jolt to the heart." "With thrumming guitar and crashing high hat/kick drum combination, 'The Revolution Starts Now' is propulsive," agreed American Songwriter. "Classic hard rock, it swells on the chorus, then falls away. Her voice is strong, somewhat dusky, retains its power."

Ann Wilson is a true icon, known far and wide as lead singer and songwriter of the groundbreaking rock band HEART. Led by Wilson's extraordinary vocal power, HEART has thrilled audiences for more than four decades, earning sales of more than 35 million and well-deserved induction into the Rock And Roll Hall Of Fame in 2013. Wilson's second solo album, 2018's "Immortal", saw her putting her unique stamp on songs made famous by a number of hugely influential artists, including David Bowie, Leonard Cohen, Tom Petty, Amy Winehouse, and more. Produced by longtime HEART collaborator Mike Flicker, the album earned widespread critical acclaim, with Associated Press declaring it "an exciting, eye-opening look at largely obscure songs by big-name artists" and Goldmine praising Wilson for "her mighty vocal firepower and a far ranging creative spirit." 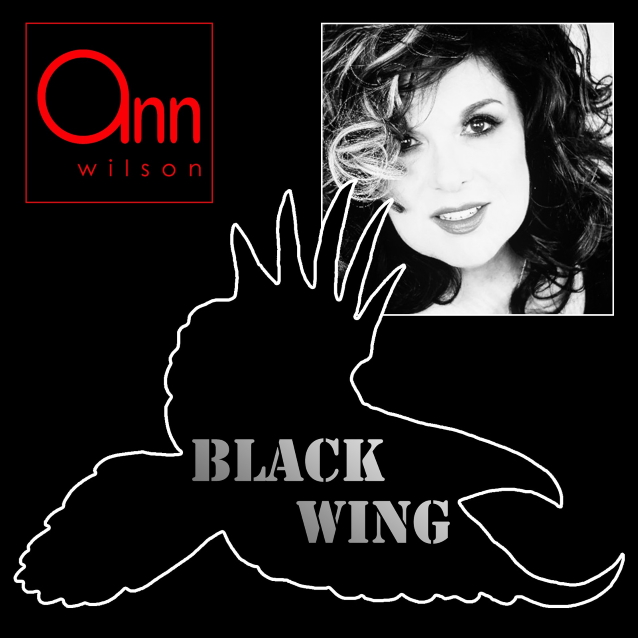