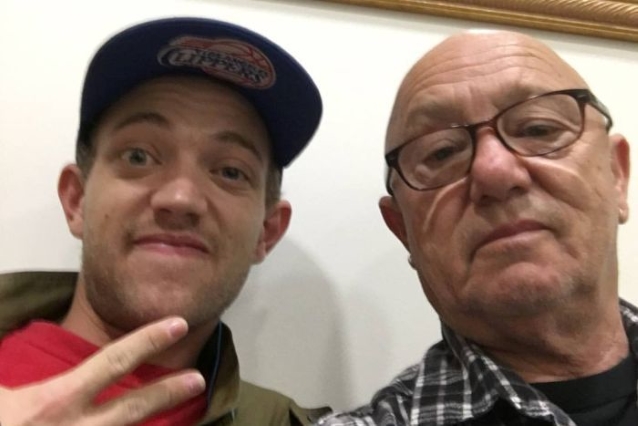 According to ABC, the 26-year-old son of ROSE TATTOO frontman Gary "Angry" Anderson has died after an alleged assault in Sydney, Australia.

Liam Anderson, who was Angry Anderson's youngest son, passed away on the way to hospital after reportedly being involved in a fight with a 20-year-old in Queenscliff, a suburb of northern Sydney, Sunday morning.

The alleged attacker, aged 20, was arrested and taken to Manly Police Station to be interviewed.

Police had to use OC spray to take the alleged attacker into custody and NSW Police Inspector Michael Boutouridis said it was "quite possible" alcohol or drugs were contributing factors.

"It was quite a bloody scene," Boutouridis said. "The man we have in custody was violent and it took a number of police officers to subdue and arrest him."

Police say that Liam and the alleged attacker knew each other, but they have not yet determined a motive.

"I'm confident at this stage that this is not a random attack," Boutouridis said.

"I don't know the circumstances that led to them being at the reserve this morning. That's why I'm appealing to the community to assist us with those inquiries."

Angry Anderson's manager, Scot Crawford, asked in a statement that media and the general public respect the family's privacy.

"With the matter in the hands of NSW Police, the family will not be making any comment at this stage, nor are we as Anderson's management in a position to offer any comment on their behalf," the statement read.

Liam Anderson was a local rapper who performed under the name Ranford Bigsby.