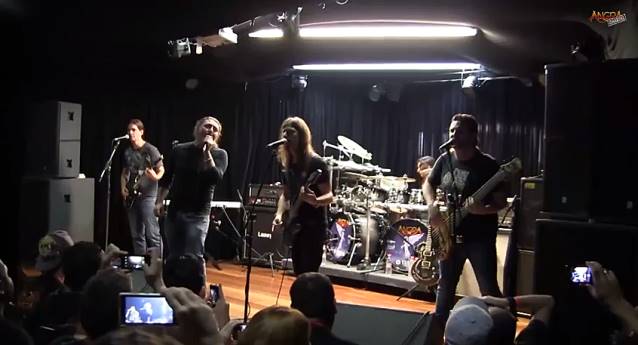 Brazilian/Italian metallers ANGRA have uploaded video footage of their recent "open rehearsal" in Brazil. You can watch it below.