UK atmospheric rock band ANATHEMA will release its new album, "Hindsight", on CD on August 25 via Kscope. It will be available to download from August 11.

To mark the release, Kscope has launched a new web site at this location. The site contains information on the release and forthcoming tour dates, audio samples, downloads and more. In addition to this, for a limited period, fans who sign up to the mailing list will receive a free MP3 of the track "Fragile Dreams".

"Hindsight" features old and new favourites from the band's career, with new arrangements utilizing acoustic, electrical and orchestral instruments to construct the deep, emotional landscapes ANATHEMA has become renowned for. This album will also feature the beautiful cello playing of Dave Wesling from the Royal Liverpool Philharmonic Orchestra. A close friend of the band, Dave previously toured with the band in 2004 and is featured on the DVD "A Moment in Time".

The record has been arranged, recorded, performed and produced solely by the band.

ANATHEMA has been at the forefront of the UK rock/metal movement for many years. They began their journey as pioneers of melodic heavy music, influencing a myriad of bands to follow them, before outgrowing all genres and limitations as they fearlessly explored new territory and new ways to express feeling through sound. They have gained a sizable worldwide following and much critical acclaim. Having played hundreds of shows in over 30 countries on their "Natural Disaster" tour, they are currently working on the follow-up to "Hindsight", an album of brand new material entitled "Horizons".

"Hindsight" is preceded by a two-track download single which features the brand new track "Unchained (Tales Of The Unexpected)" alongside a new arrangement of "Flying". This will be available from all major download platforms from July 28.

Metalhead.ro has posted a photo gallery from ANATHEMA's May 24, 2008 sold-out "unplugged" concert in Bucharest, Romania. The British atmospheric rock outfit performed in front of nearly 700 people. Check out the pictures at this location. 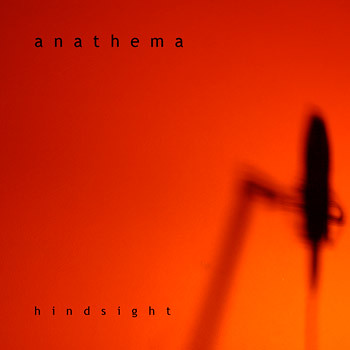