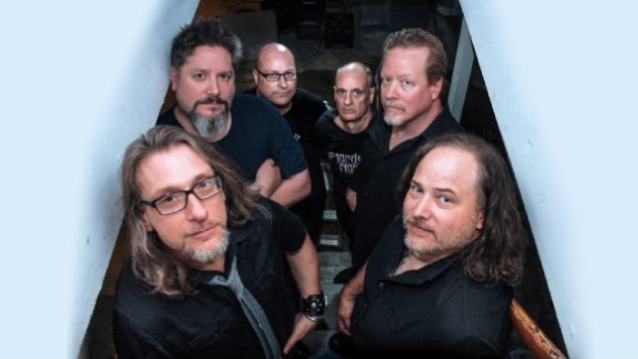 St. Louis, Missouri-based progressive/melodic thrash metallers ANACRUSIS will once again take the stage for a special hometown show to celebrate the reissue of their entire catalog on Metal Blade Records later this year.

The December 7 concert at Delmar Hall will be a three-part performance featuring all original members from the band's 1986-1993 run. Come and hear the music of ANACRUSIS performed by all three original recording lineups.

Part one will be performed by the original 1986-1990 lineup of Kevin Heidbreder, Kenn Nardi, John Emery and Michael Owen. It will feature songs from "Suffering Hour" and "Reason". Part two will be an all-"Manic Impressions" set with drummer Chad E Smith. Part three will highlight the band's final release, "Screams And Whispers", and will include drummer Paul Miles.

The Delmar Hall presale will take place today (Thursday, July 11) from 10 a.m. to 10 p.m. CST. When prompted, type in the presale code "GRATEFUL" to access tickets before the general public.

In 2010, ANACRUSIS released a "new" album titled "Hindsight: Suffering Hour & Reason Revisited". The two-CD set featured both ANACRUSIS' debut album, "Suffering Hour", and its second release, "Reason", along with the classic ANACRUSIS demo track "Apocalypse", all fully re-recorded by the original lineup of Nardi, Heidbreder, Emery and Owen. The package also featured a 24-page, full-color booklet with lyrics and lots of photos both old and new. The cover art was created by Eliran Kantor (TESTAMENT, SIGH, MEKONG DELTA, GWAR). 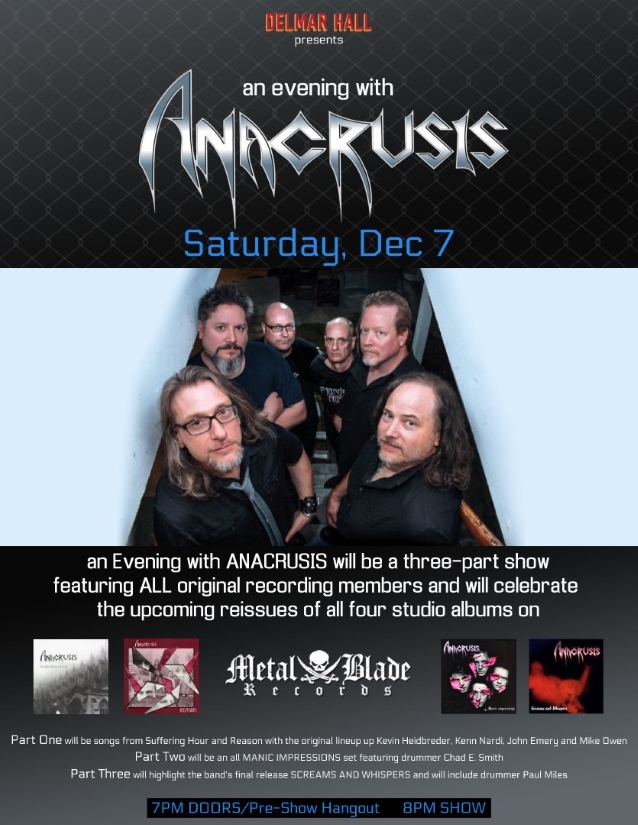