"Annihilation Complete" was voted "Best Demo of 1987" by the readers of Metal Forces magazine and was later included in the publication's "Demolition... Scream Your Brains Out!" compilation album. This led to a deal with England-based indie Active Records, for whom ANACRUSIS recorded its first album, "Suffering Hour". A sophomore LP, "Reason", followed in 1990 and was supported by touring with D.R.I. In 1991, ANACRUSIS released "Manic Impressions" through Metal Blade Records and toured with OVERKILL, GALACTIC COWBOYS and MEGADETH. They devoted the next few months to writing new material, and released their final album, "Screams and Whispers", in 1993.

ANACRUSIS' video for the song "Release" (taken from "Screams and Whispers") can be viewed below. 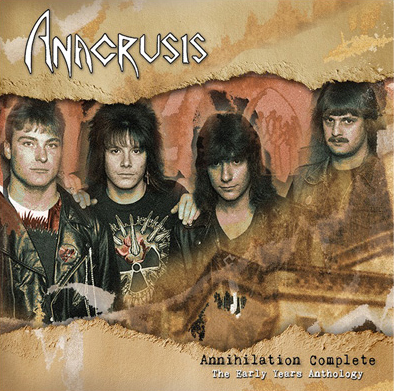