Candlelight Records has announced the signing of England's ANAAL NATHRAKH. The popular extreme metal duo are currently in the studio working on its new album, "In The Constellation Of The Black Widow", for a summer release. Vocalist V.I.T.R.I.O.L. says, "Candlelight have shown a strong belief in ANAAL NATHRAKH and looking at some of the acts on their roster both past and present it seems they are capable of backing up their good intentions. With their help, we hope we can finally get the planet cracked in half."

Commenting on the new album, V.I.T.R.I.O.L. states, "'Constellation' will be faster, more insidious, more ominous, more musically dextrous and wilder than ever before. The album will feature a curve ball guest appearance from Zeitgeist Memento of Mexican extremists REPUBLIKA."

Formed in 1998, ANAAL NATHRAKH has recorded five full-length albums, with the most recent one, "Hell is Empty and All the Devils Are Here", released in 2007 via Feto Records (co-owned by member Mick Kenney and NAPALM DEATH's Shane Embury). Based in Birmingham, the band sonically fuses traditional black metal with elements of industrial, grindcore, and early-day death metal resulting in a one-of-a-kind soundscape that has earned it high acclaim from media and fans around the globe. 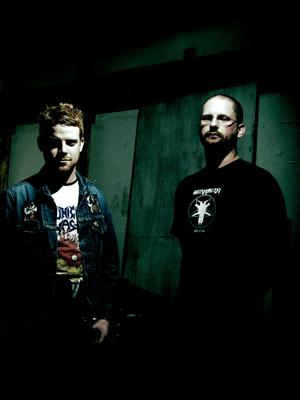