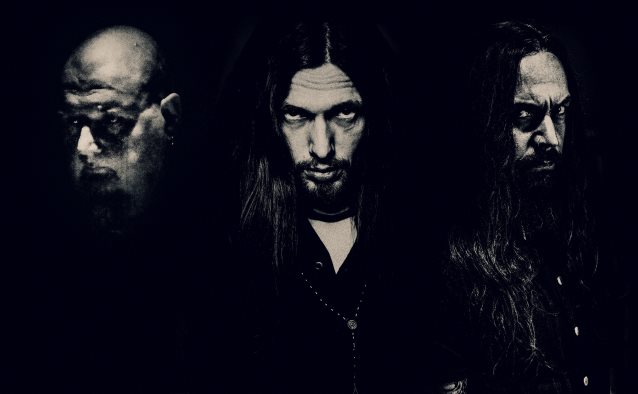 Svart Records has announced the signing of HALLATAR. The first fruit of this union shall be the band's debut album, "No Stars Upon the Bridge", which is based on the lyrics and poems of Aleah Starbridge, and is tentatively slated for release this autumn.

Although a brand-new name, HALLATAR features in its ranks SWALLOW THE SUN and TREES OF ETERNITY guitarist Juha Raivio, AMORPHIS vocalist Tomi Joutsen and former HIM drummer Gas Lipstick. In fact, one could see HALLATAR as an extension of TREES OF ETERNITY, whose acclaimed debut for Svart, "Hour Of The Nightingale", served as the swansong of vocalist Aleah Starbridge.