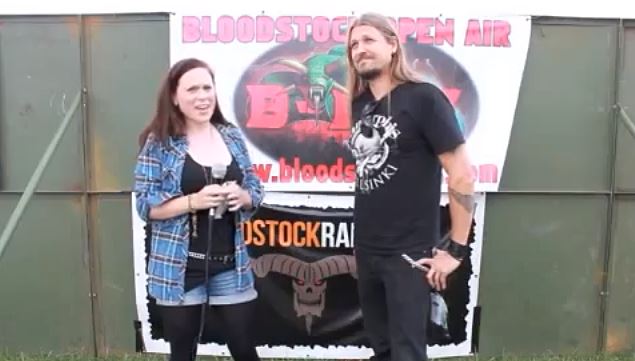 On August 11, Redd of Bloodstock Radio conducted an interview with Esa Holopainen, guitarist and founding member of Finnish melancholic dark metal forerunners AMORPHIS, at the Bloodstock Open Air festival at Catton Park, Derbyshire, United Kingdom. You can now watch the chat below.

Commented AMORPHIS vocalist Tomi Joutsen: "The mystic, androgynous person on the cover represents a spiritual guide. This character was sent from another time and place to help the album's protagonist find a new path for his life."

The album's limited digibook version comes with a bonus DVD containing the following:

Apart from the CD+DVD digibook version, "Circle" was made available on CD (without the bonus track), black 2LP in gatefold, brown 2LP in gatefold and as a bulging limited box, including three bonus tracks and a wristband — exclusively via the Nuclear Blast mail order.