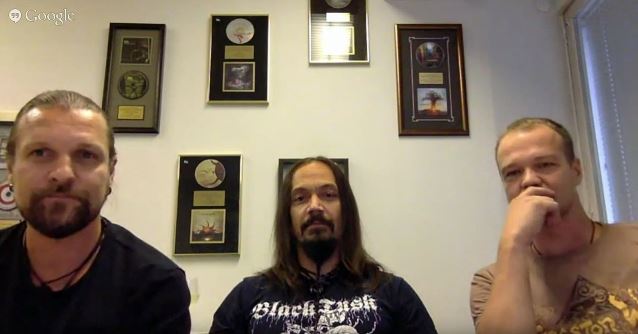 Esa Holopainen, Tomi Joutsen and Tomi Koivusaari of Finnish masters of melancholic progressive metal AMORPHIS took part in a live question-and-answer session with fans earlier today (Thursday, September 3) via the band's YouTube channel. You can now watch the discussion below.

AMORPHIS's new album, "Under The Red Cloud", will be released on September 4 via Nuclear Blast.

The "Sacrifice" video can be seen below.

States AMORPHIS guitarist Esa Holopainen: "'Sacrifice' is the second release from 'Under The Red Cloud' and it presents a bit more familiar AMORPHIS with catchy choruses and melodic touch.

"The video for 'Sacrifice' was shot in Helsinki and Hämeenlinna and follows the lyrical themes of the song.

"Like 'Death Of A King', 'Sacrifice' was pretty much [producer] Jens's [Bogren] decision as a single track. The band finds it too difficult to pick up any single tracks. Haha!" 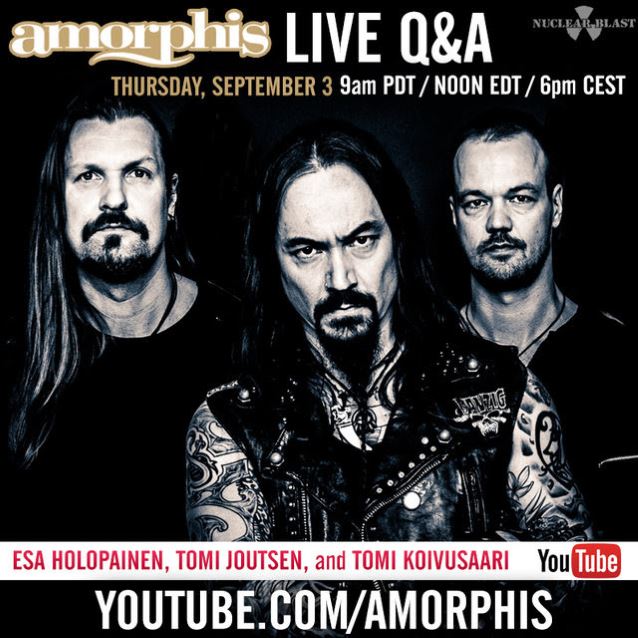