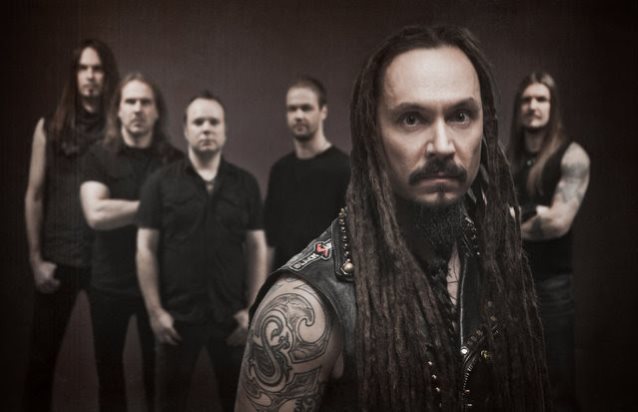 Finnish masters of melancholic progressive metal AMORPHIS have announced a special "Eclipse" tour for this winter, to celebrate the tenth anniversary of the legendary release. For this special occasion, the band will perform the album in its entirety, as they already did with "Tales From The Thousand Lakes" in 2014.

"A bit over ten years ago, we released one of the most remarkable AMORPHIS albums, 'Eclipse'. An album that started a whole new era in AMORPHIS's history and has put its mark to all of us," states guitarist Esa Holopainen. "The first album with Tomi Joutsen on vocals and an album of timeless music. The circumstances making this record were totally different than with its predecessor, 'Far From The Sun'. We had a highly talented new frontman and his energy truly motivated all of us. For a long time it was fun and inspiring to write and rehearse new music. I think 'Eclipse' captured pretty much the elements of what AMORPHIS is nowadays, got generally known about for and it was a great platform for its followers ('Silent Waters' and 'Skyforger').

"Travis Smith's artwork is stunning. His cover art is a perfect match for the music and lyrics and the 'Eclipse sun' is still today an important symbol for AMORPHIS's visual outlook.

"It's time to celebrate this album with our friends and fans. We are going to play 'Eclipse' in its entirety. No need to say that these limited shows are going to be really special. We'll add more songs from the 'Silent Waters' and 'Skyforger' era. Some tracks that are not that often played.

"Shine on, brothers and sisters, and get your tickets as long as they last!" 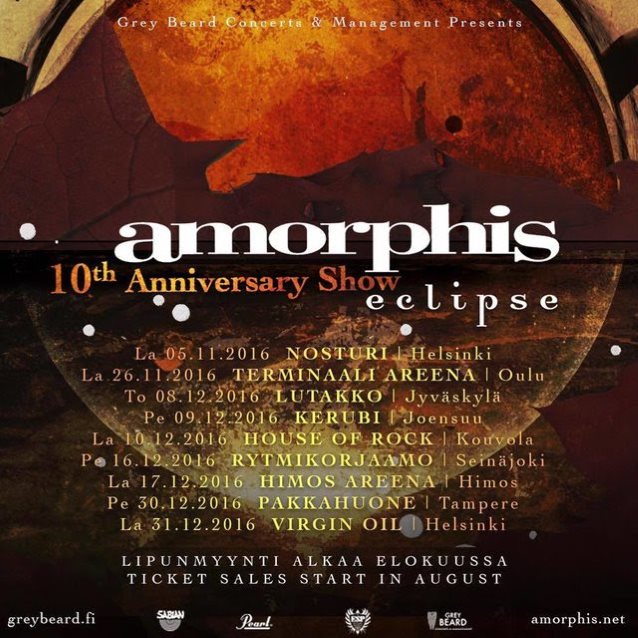