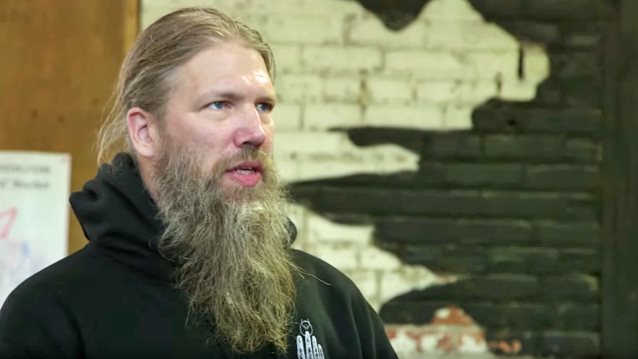 Asked how instrumental AMON AMARTH's knack for incorporating Norse mythology into the band's death metal stylings has been in their success so far, Hegg said: "I think when it comes to AMON AMARTH, I just think it's… Honestly, it doesn't have anything to do with Vikings. It's a fact of us being relentless, really, and writing consistent albums and consistently touring — but keeping a balance and not overdoing it. 'Cause a lot of bands, they tour and tour and tour and tour, and then the next time they come around, people are, like, 'Ah, I saw them.' So they kind of overdo it. And I think we've always been a band that tries to keep a balance and also reinvest in our shows."