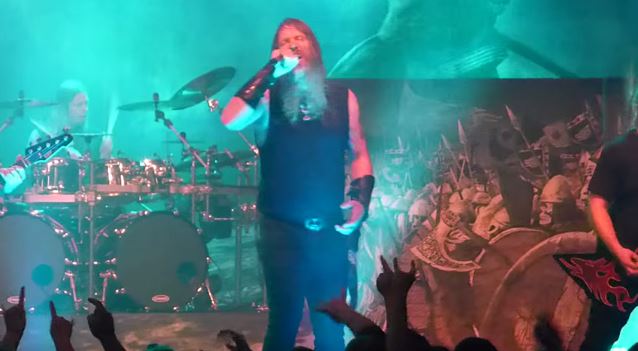 Fan-filmed video footage of AMON AMARTH's October 11 performance at Metropolis in Montreal, Quebec, Canada can be seen below.

AMON AMARTH and SABATON have joined forces for a North American tour. The trek kicked off on September 25 in Riverside, California and will visit a total of 35 North American cities before coming to an end on November 9 in Tucson, Arizona. Thrash metal band SKELETONWITCH is opening each show, except in New York where fans will be treated to the first-ever, and exclusive North American performance by extreme metal supergroup VALLENFYRE.

AMON AMARTH's ninth studio album, "Deceiver Of The Gods", sold around 17,000 copies in the United States in its first week of release to land at position No. 19 on The Billboard 200 chart. The record, which arrived in stores on June 25, 2013 via Metal Blade, was recorded at Backstage Studios in Derbyshire, United Kingdom, and was produced, mixed and mastered by Andy Sneap (OPETH, MEGADETH, EXODUS, ARCH ENEMY, KILLSWITCH ENGAGE).

In a recent interview with ARTE Concert, AMON AMARTH bassist Ted Lundström stated about how difficult it was for the bandmembers to support themselves financially in the earlier years: "We've been doing very good the last couple of years, so it’s been very easy. Before we actually made it big enough to do this full time, of course, it [was] a hassle to make the economy work. You know, you have to work [full time at a day job] and then you have to get time off for touring and it's a lot of work. And you get tired if you work a whole day and then you need to go to the rehearsal room in the evening. You're tired and you'd rather go home and do something else. So, there's been tougher days, but nowadays, it's kind of easy. It's fun." 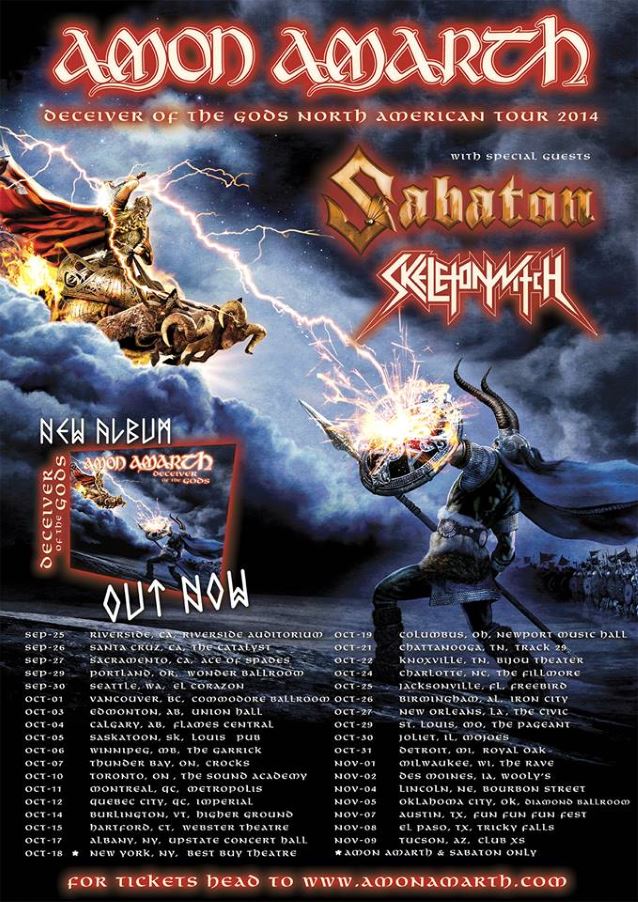