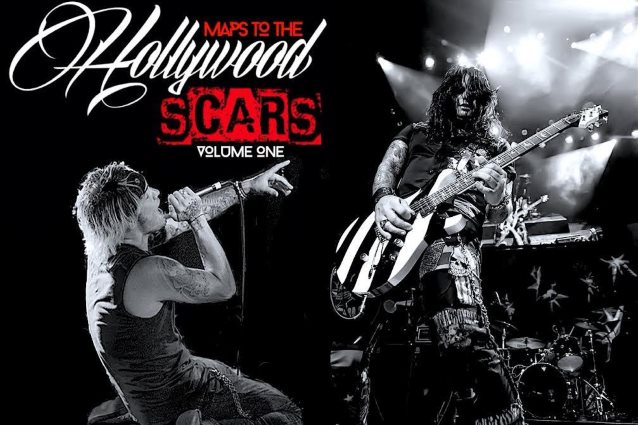 Recorded at Desert Moon Productions in Las Vegas, "Maps To The Hollywood Scars" showcases the darker side of Hollywood and the music industry — as experienced by two people that have taken two different paths yet ultimately found many common themes throughout their respective journeys.

A lyric video for the demo version of the song "Roads" can be seen below.

Durbin and Grossi will appear and perform live on the Fox and ABC morning shows as well as in Las Vegas on Wednesday, February 22. Later that evening, they will hold a free EP-release party at Count's Vamp'd.

Grossi has been a member of QUIET RIOT for over a decade, having been chosen by the late Kevin DuBrow and Frankie Banali to fill the guitar slot in 2004. The band recently completed a new studio album for a spring release.

"I have been a fan of James's for a while, and after we got an impromptu chance to jam together in Las Vegas last fall, we kept in touch and the ideas just started flowing back and forth," says Grossi. "I feel that 'Maps To The Hollywood Scars' is a true labor of love and reflects a lot of where we have both been, as well as where we are both going musically outside of what we are both known for."

Durbin adds: "It's not very often that a project like this goes from nothing to something in such a short amount of time, without a slough of industry B.S.

"Alex started sending me instrumental demos and gave me free range to just write! We started churning out songs one after the other and they weren't losing their quality, they were getting better.

"I think that we stumbled upon a winning team and its only fair that we let our collective fans hear what we've been having so much fun making!"