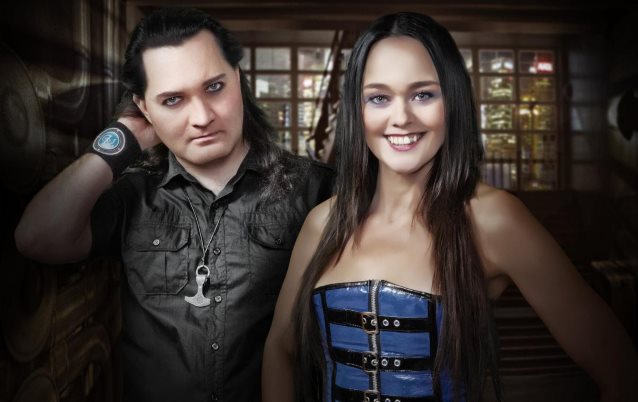 Finish symphonic metallers AMBERIAN DAWN will release their new album, "Innuendo", on October 23 via Napalm. The follow-up to 2014's "Magic Forest" is being produced by composer Tuomas Seppälä, who also plays keyboards and guitar, and Mikko P. Mustonen, known for his work with DELAIN, ENSIFERUM and SONATA ARCTICA.