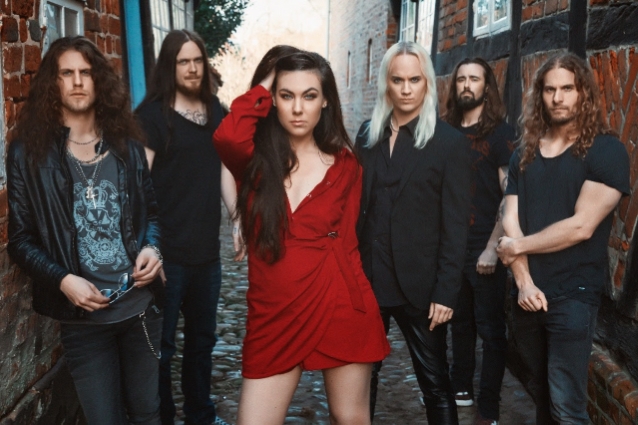 Swedish melodic metallers AMARANTHE have revealed that their upcoming fifth album, "Helix", was completed in under five months. "We actually wrote it in two months and we recorded it in two months," singer Elize Ryd told Radio Q at this year's Wacken Open Air festival (see video below). "I know we're crazy, but that's what we like. We like people to be crazy. Just go there, do your shit — do things you wouldn't expect yourself to be able to do. When the [record] label asked, 'Are you guys sure you can have enough time to write a new album?' And we do not like to say 'no,' so we said, 'Of course. Yes.' And we did it."

Added guitarist Olof Mörck: "And we figured it was also a good thing for us, to actually push ourselves a little bit. If we sit down to write music — me and Elize together have been writing this whole album — it's never happened even once that we haven't composed something. So when the label asked, I was, at first, like, 'Okay, this could really be pushing it.' So in the back of my head, I was thinking initially that, 'Okay, if this goes south somehow, then maybe we'll have to push [back] the recording — worst-, worst-case scenario.' But it just turned out the other way around. Because it was only two months, and we were constantly in the zone — day and night, every single day, composing all the time — so you never lost the focus of it. And I think it really, really helped the album, because it's a very focused album… So we just took a break from touring for two months to write it. and then another two and a half [months] to record it, and, poof, there was an album. Which is, at least in our opinion, the best album that we've ever composed."

"Helix" will be released on October 19 through Spinefarm Records. The disc was recorded at Hansen Studios in Ribe, Denmark with producer Jacob Hansen (VOLBEAT, EPICA, DELAIN). The follow-up to 2016's "Maximalism" marks the band's first release with DYNAZTY's Nils Molin, who officially joined AMARANTHE in July 2017 as the replacement for Jake E.

The official music video for the new album's first single, "365", can be seen below. The clip was once again directed by Patric Ullaeus of Revolver Film Company, who has previously worked with DIMMU BORGIR, LACUNA COIL, IN FLAMES and KAMELOT, among others.

In support of the new album, AMARANTHE will embark on a European tour with POWERWOLF in October and November. 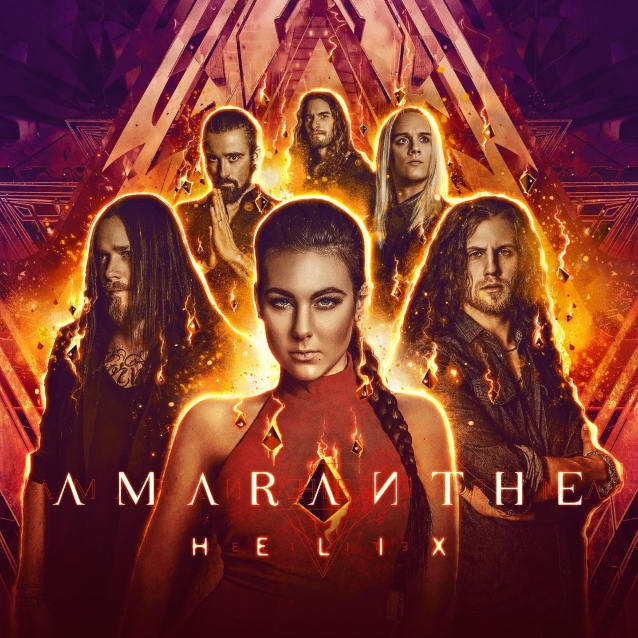