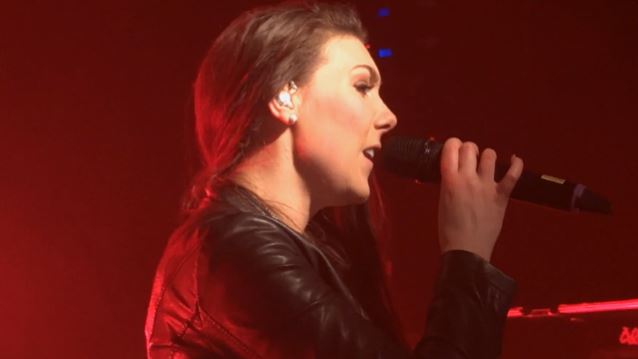 Fan-filmed video footage of AMARANTHE's March 15 performance at Biebob in Vosselaar, Belgium can be seen below.

AMARANTHE's third album, "Massive Addictive", was released on October 21, 2014 via Spinefarm Records. The CD was tracked at Hansen Studios in Ribe, Denmark with producer Jacob Hansen (VOLBEAT, EPICA) at the helm. 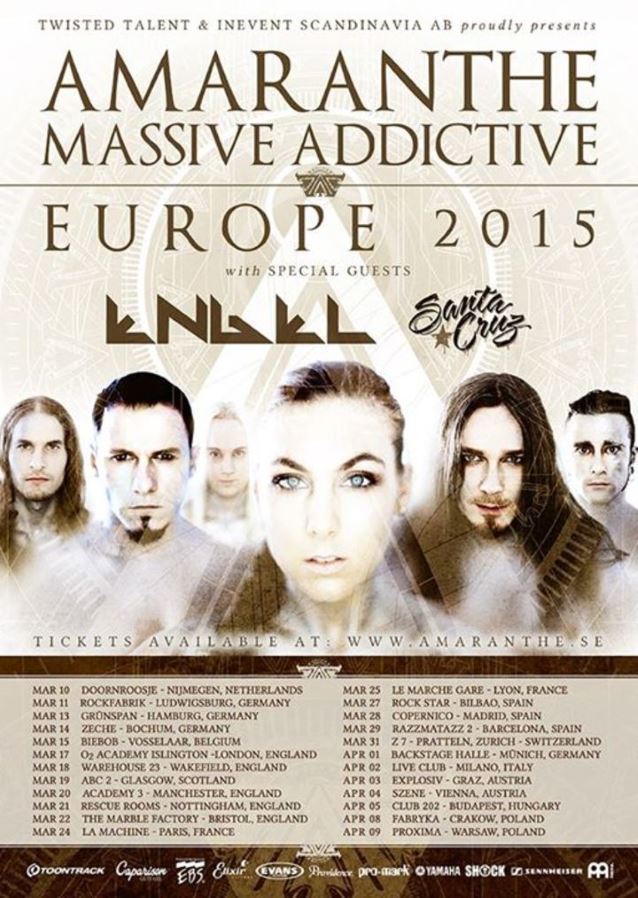