AMARANTHE's previously announced summer/fall 2020 North American headlining tour has been canceled due to the coronavirus pandemic sweeping the globe. The 37-date trek with Finnish metallers BATTLE BEAST and the Boston symphonic metal band SEVEN SPIRES was scheduled to kick off at the Soundstage in Baltimore on August 20 and will make stops in Chicago, Vancouver and Denver before concluding on October 2 at the Riverfront Live in Cincinnati, Ohio.

The Swedish/Danish six-piece comments: "While the cancellation of our U.S. tour probably doesn't come as a surprise to anyone, with the COVID-19 situation being far from over with — it is still really devastating for us. We were massively looking forward to visit U.S. soil again after a three-year absence, and judging from the ticket sales, so were you guys — thank you for the support! Obviously, we will be back as soon as we possibly can, so keep your eyes peeled to our sites, and we will be rocking together again before you know it!!"

AMARANTHE recently completed work on its new album. The follow-up to 2018's "Helix" will be released on August 28 via Nuclear Blast.

With its foundations tracing back to 2008, AMARANTHE has released five albums thus far, consistently delivering hauntingly catchy tunes led by their unique three-part vocals. Within their arsenal of hit singles, a myriad tracks have been received very well via press and fans alike; having also gained countless plays on both radio stations around the globe and across streaming services (the group's songs have been streamed more than 100 million times on Spotify). A string of support tours has blazed AMARANTHE's trail in front of huge crowds as well as at their own headline concerts (the group impressively once performed in front of 10,000 fans at Liseberg, Gothenburg). They have kept working incredibly hard over the years, the latest product of which culminated in the form of 2018's "Helix", which achieved them some of their highest chart positions in the band's history. 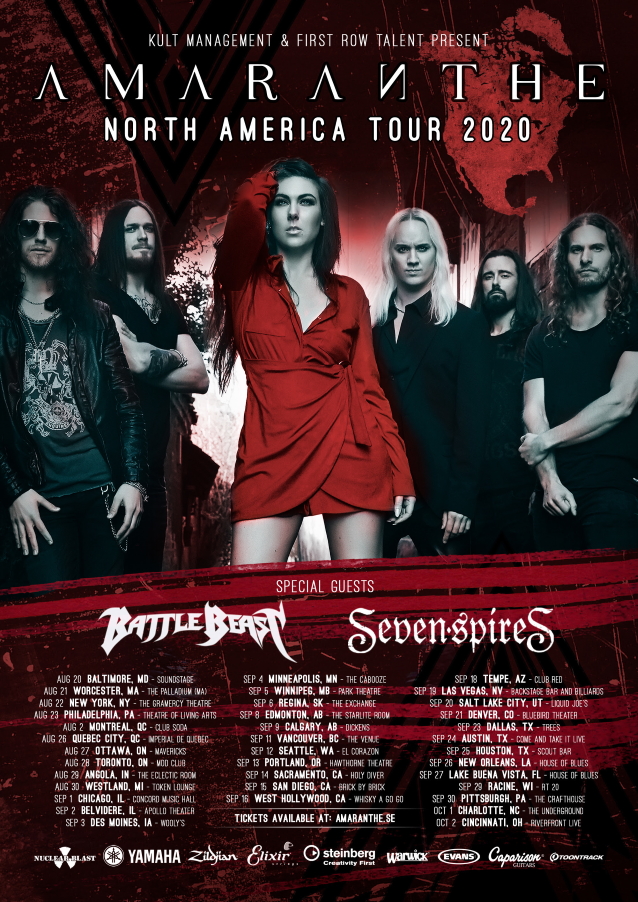