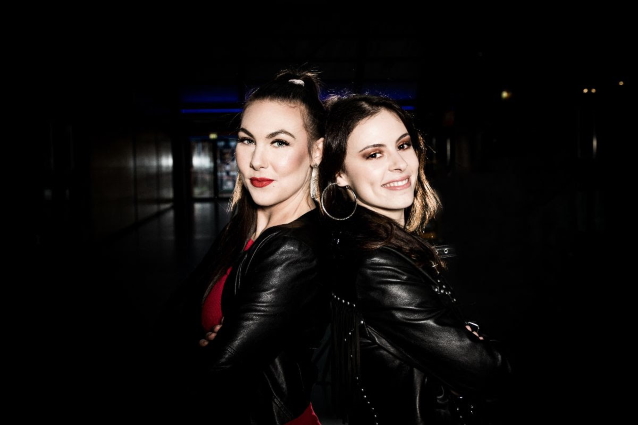 The fall, two of the most promising bands in modern melodic metal will join forces to flash Europe with an amazing tour across the countries. AMARANTHE and BEYOND THE BLACK kick off their joint European co-headline tour in Munich on November 13 to spread the news of a new metal generation across the continent.

Olof Mörck, AMARANTHE's guitarist and founding member, states: "Hot of the heels of our fantastic tour with SABATON, AMARANTHE are now incredibly enthusiastic about playing full-length sets all across Europe this fall! We will share the bill with our German comrades-in-arms BEYOND THE BLACK, so expect a full evening of ponderous melodic metal set to satisfy even the most fastidious connoisseur of the heavy arts! You can expect a lot from our shows on this run; a completely novel visual experience, a pristine new set list — and quite a bit of NEW music! Don't miss this absolute titan of a tour, when it stops by a city near you this autumn!"

BEYOND THE BLACK frontwoman Jennifer Haben adds: "We're thrilled to join forces with our friends in AMARANTHE for the biggest headline tour both bands have ever played. BEYOND THE BLACK and AMARANTHE together is a perfect fit and we're more than ready to make these nights huge!"

Tickets for all shows go on sale on Wednesday, March 4.

Last fall, AMARANTHE announced it had signed a new deal with Nuclear Blast for the release of its sixth studio album, due later this year.

AMARANTHE will embark on a North American headlining tour in the summer/fall of 2020. The 37-date trek will kick-off at the Soundstage in Baltimore on August 20 and will make stops in Chicago, Vancouver and Denver before concluding on October 2 at the Riverfront Live in Cincinnati, Ohio. Support on the trek will come Finnish metallers BATTLE BEAST and the Boston symphonic metal band SEVEN SPIRES.

With its foundations tracing back to 2008, AMARANTHE has released five albums thus far, consistently delivering hauntingly catchy tunes led by their unique three-part vocals. Within their arsenal of hit singles, a myriad tracks have been received very well via press and fans alike; having also gained countless plays on both radio stations around the globe and across streaming services (the group's songs have been streamed more than 100 million times on Spotify). A string of support tours has blazed AMARANTHE's trail in front of huge crowds as well as at their own headline concerts (the group impressively once performed in front of 10,000 fans at Liseberg, Gothenburg). They have kept working incredibly hard over the years, the latest product of which culminated in the form of 2018's "Helix", which achieved them some of their highest chart positions in the band's history. 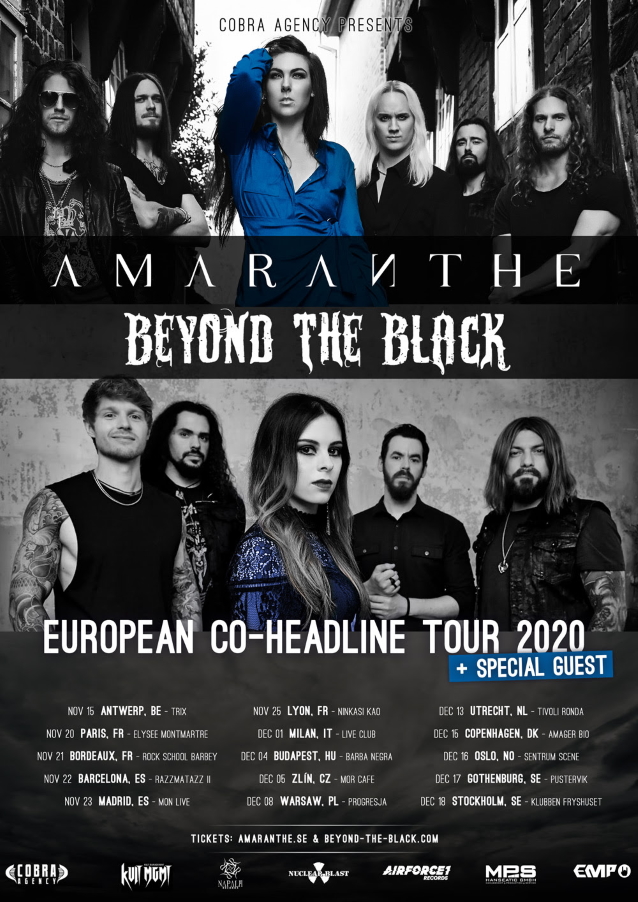