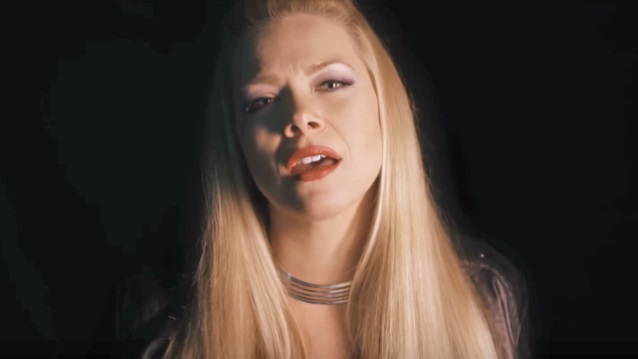 The official video for the disc's first single, "Time To Shine", can be seen below.

Amanda's husband and musical collaborator Sander Gommans (AFTER FOREVER, HDK) stated about "Tectonic": "Writing, producing and mixing this album together with Amanda Somerville was an intense (three kids were born in between) but very fulfilling experience. Having AFTER FOREVER's André Borgman back on drums was a huge bonus for me!

"'Time To Shine' gives you a good idea of what the new album is about: energetic metal songs with lots of melodies, riffs, solos and, of course, Amanda on vocals."

Added Amanda: "Where [TRILLIUM debut album] 'Alloy' was rather dark and moody and restless, 'Tectonic' is on the whole more uplifting and full of strength and character, though it's just as full of emotion.

"My life was shaken up by figurative earthquakes through several elements shifting in recent years and that's what this album represents. It's a challenge to make an album that's musically heavy without being dragged down by melancholy, but that's what Sander and I set out to do from the beginning and it worked out beautifully!"

Amanda continued: "The core and essence of 'Tectonic' is very personal and comes, basically, from the hearts and minds of a singer and a guitar player and I think that's very apparent when you listen to the songs. Sander and I didn't want to overthink things and over-complicate the songs. There's definitely some bombast in there because we both have a love of keyboard arrangements, but they don't rule the roost here. Also, the only guest performances are by good friends from my hometown in Flint, Michigan who also played live with me solo and with TRILLIUM, and also some great mates and colleagues of Sander's, so it's really a 'family' kind of album. We tried to keep things simple, and yet I think it's anything but low key!"

Somerville is well known for her collaborations with various high-profile European metal bands like AVANTASIA, EPICA, KAMELOT and AFTER FOREVER, to name a few. And let's not forget her musical partnership with HELLOWEEN vocalist Michael Kiske under the KISKE/SOMERVILLE banner. With a vocal range from tenor to soprano and a stylistically diverse singing ability, Somerville's voice is well suited for multiple styles, but TRILLIUM is firmly in the metal genre.

All vocals by Amanda Somerville
All guitars and bass by Sander Gommans, except:

TRILLIUM released its debut album, "Alloy", in November 2011 via Frontiers. The CD was described in a press release as "a collection of songs that's charged with emotion and exploration and a very personal statement from Amanda." 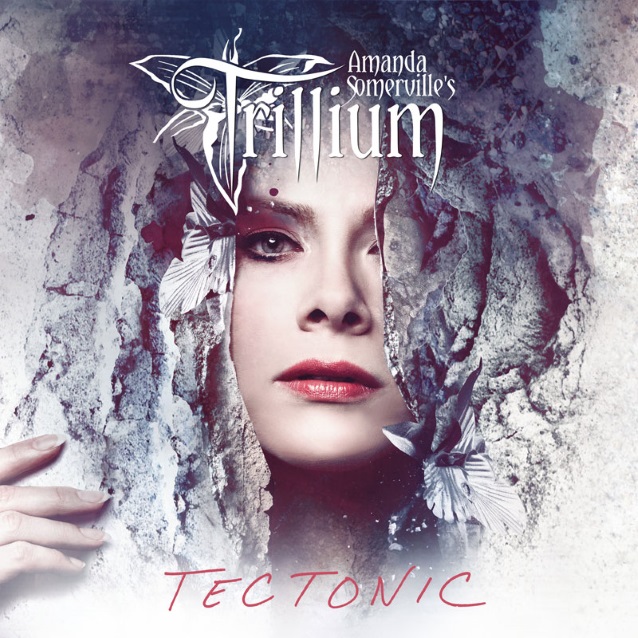