Video footage of Amanda Somerville talking about her involvement with HDK (formerly HATE DEATH KILL) — the Dutch project led by AFTER FOREVER co-founder, main songwriter and guitarist Sander Gommans — can be viewed below.

Amanda Somerville is the American singer-songwriter and vocal coach who was tapped to replace EPICA vocalist Simone Simons on the band's North American tour with SYMPHONY X due to Simons' health issues.

A Michigan native, Amanda has resided and worked mainly in Germany and the Netherlands since 1999. She has collaborated with several other bands in the metal scene along with producers Sascha Paeth and Miro, and co-wrote the rock opera "Aina". Her own music is of the pop-rock genre.

"System Overload", the debut album from HDK, was released on February 23 in Europe and on April 21 in North America via France's Season of Mist.

Regarding how the project came about, Sander previously said, "AFTER FOREVER has always been a band that is diverse enough for me to write music for. The stuff I've written for AFTER FOREVER contains a lot of metal and non-metal styles, the great thing about this band being that people expect every album to be different, so it's always interesting to write a new album. However, since our first release, I felt the need to write more extreme stuff. AFTER FOREVER is already one of the most aggressive bands in the female-fronted genre, but I didn't want to use the extreme stuff I had in mind for the band, since that would not fit at all. Writing for AFTER FOREVER has often been a result of positive energy, and I needed to do something with the negative energy I was beginning to feel after some problems we encountered with the releases of 'Invisible Circles' and 'Remagine'. As this frustration was growing and growing, I just decided to transform it into songs, and they turned out to sound much more aggressive and experimental than the stuff I had done before.

"Since the songs sounded more extreme than I thought and contained a lot of the heavier metal styles, I thought it might have to become a very over-the-top project, in a cynical way. 'HATE DEATH KILL' was a name that suited that cynical idea, but I started to realise the music actually represented a very important part of myself and my life, so it became much more serious. I changed the name to HDK, asking Amanda Somerville [the American singer-songwriter and vocal coach who is better known for her collaborations with various European metal bands, including EPICA, AFTER FOREVER and EDGUY — Ed.] to write the lyrics for the project, based on the subjects I already had for each song. They are all very personal and describe what happens with somebody who is under too much pressure. The funny thing is that, when I got my burn-out (which caused me to take a break of a year of everything I was doing), reading the lyrics made me aware of where it went wrong. The collaboration with Amanda worked out really well, together we also wrote the vocal lines and after that I started searching for guest musicians.

"I didn't want it to be 'only' an album with grunts, or clean male vocal, or screams, or female vocals. I wanted to have a combination of all of those, since they all represent emotions in their own way. I think that's the unique part of the project, you have to think 'out of the box' when you listen to it, it doesn't fit in any style but I think it gives a combination of all kinds of metal styles in an extreme way. Working together with all those great musicians was a fantastic experience, without them I could never have made this intense album. This album shows a different side of me, and I'm thankful to be able to release it together with Season of Mist.

"If you are into different kinds of (extreme) metal and you are searching for a combination of those in one album, you might want to check out this album." 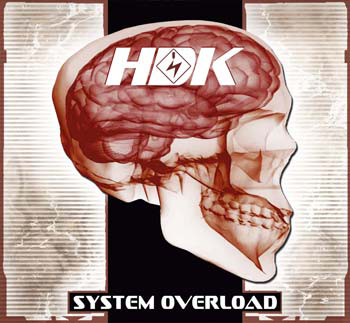