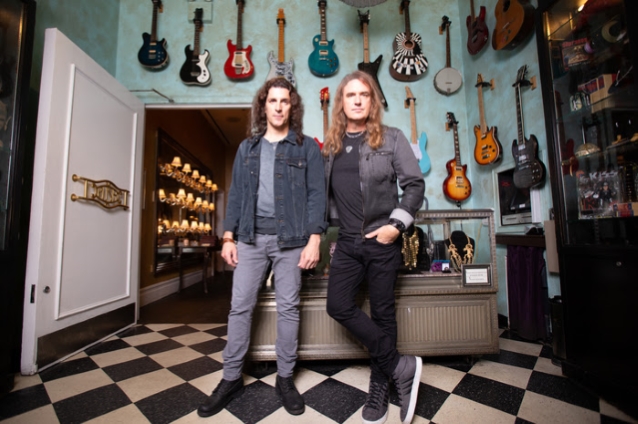 ALTITUDES & ATTITUDE, the collaboration between ANTHRAX's Frank Bello and MEGADETH's David Ellefson — two virtuosic bass players who've anchored some of the fiercest thrash records of all time — has confirmed a handful of appearances ahead of the release of its debut album, "Get it Out", including an inaugural U.S. show on Saturday, January 19 at Saint Vitus in Brooklyn. Additional New York City appearances include an up-close question-and-answer session and performance on January 17 as part of the Guitar World "Backstory" series at the Cutting Room, an in-store signing January 18 at Rough Trade. Los Angeles events include a question-and-answer session on January 22 with Loudwire at the Musicians Institute, and appearances at NAMM on January 25, before the band heads to Europe in February.

"Get It Out" will be released on January 18 via Megaforce. The follow-up to ALTITUDES & ATTITUDE's 2014 self-titled EP was once again produced by Jay Ruston (ANTHRAX, STEEL PANTHER, STONE SOUR), with Jeff Friedl (A PERFECT CIRCLE, ASHES DIVIDE) returning behind the kit.

The official lyric video for the disc's first single, "Out Here", created by by Melody Myers of Designed By Melody, can be seen below. The track features a guest appearance by ANTHRAX guitarist Jon Donais. 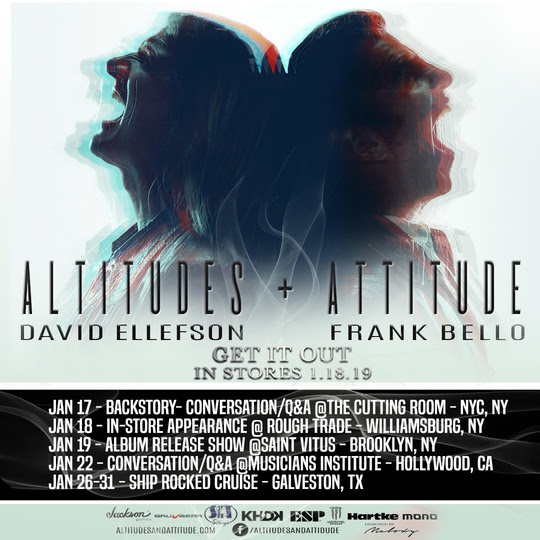