ALTITUDES & ATTITUDE, the collaboration between ANTHRAX's Frank Bello and MEGADETH's David Ellefson — two virtuosic bass players who've anchored some of the fiercest thrash records of all time — has released the official music video for the song "Part Of Me". The track, which features a guest appearance by ALICE COOPER guitarist Nita Strauss, is taken from ALTITUDES & ATTITUDE's debut album, "Get It Out". Released on January 18 via Megaforce, the follow-up to ALTITUDES & ATTITUDE's 2014 self-titled EP was once again produced by Jay Ruston (ANTHRAX, STEEL PANTHER, STONE SOUR), with Jeff Friedl (A PERFECT CIRCLE, ASHES DIVIDE) returning behind the kit.

Ellefson says about the song: "The heavier stuff is usually the stuff that I bring in, which I think gives the album nice color… It was originally a guitar idea that I had, but then we had an eight-string bass in the studio, and I plugged it into a Kemper [amp], and I started writing a lot of bits and parts for 'Part Of Me'… Frank helped me finish up the lyric idea… and it became that song."

Bello adds: "David came up with a great musical piece for 'Part Of Me'… The lyrics [are about] being in a place where you want to express yourself, whatever that may be in your life. If you always wanted to do something, don't be held down by anything … I certainly have an inner anger, a part of me that I don't want to let out, but if you keep pushing me, it's going to come out … I think everybody's got that in them, but they try to keep it in, until they're pushed to the point where they can't help but get it out."

The "Part Of Me" video was filmed during ALTITUDES & ATTITUDE's recent European tour with SLASH FEATURING MYLES KENNEDY AND THE CONSPIRATORS. 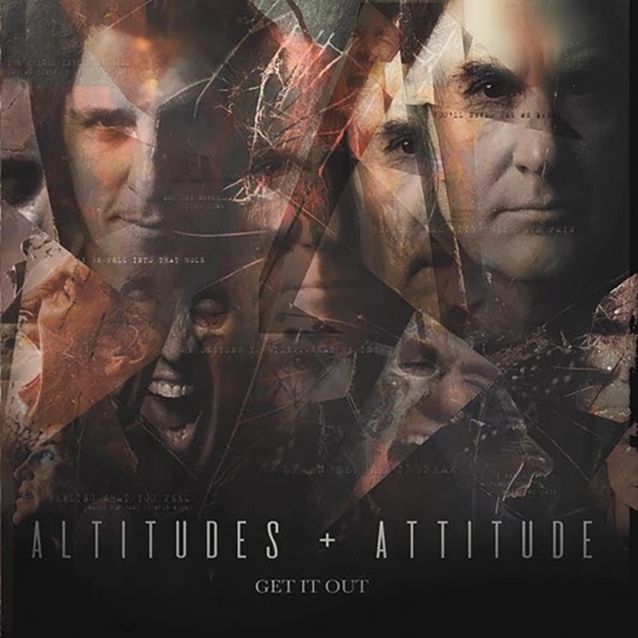