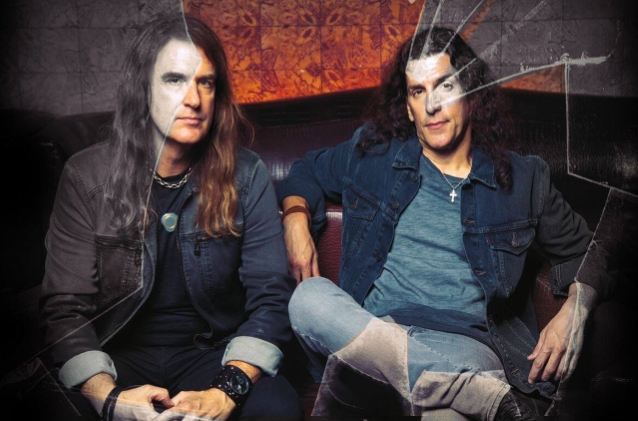 ALTITUDES & ATTITUDE, the project featuring ANTHRAX bassist Frank Bello and MEGADETH bassist David Ellefson, will embark on a European tour in early 2019. The trek, which kicks off on February 7 in Nottingham, United Kingdom, will include six shows as the support act for SLASH FEATURING MYLES KENNEDY AND THE CONSPIRATORS.

* With SLASH FEATURING MYLES KENNEDY AND THE CONSPIRATORS

ALTITUDES & ATTITUDE will release its debut album, "Get It Out", on January 18, 2019 via Megaforce. The follow-up to ALTITUDES & ATTITUDE's 2014 self-titled EP was once again produced by Jay Ruston (ANTHRAX, STEEL PANTHER, STONE SOUR), with Jeff Friedl (A PERFECT CIRCLE, ASHES DIVIDE) returning behind the kit.

The official lyric video for the disc's first single, "Out Here", created by by Melody Myers of Designed By Melody, can be seen below. The track, which features a guest appearance by ANTHRAX guitarist Jon Donais, will be available on Spotify starting tomorrow (Friday, October 12). 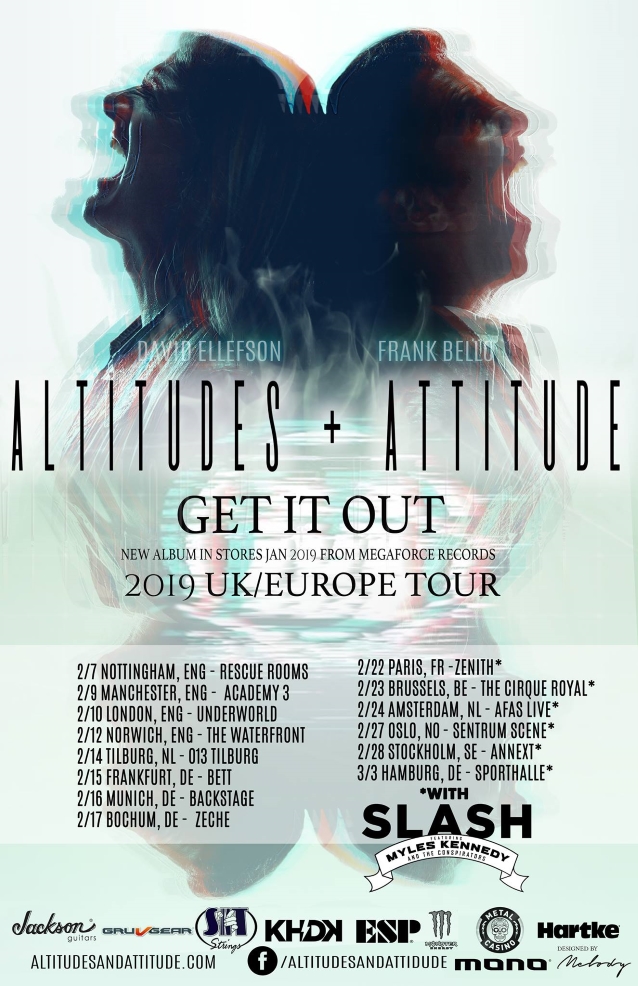