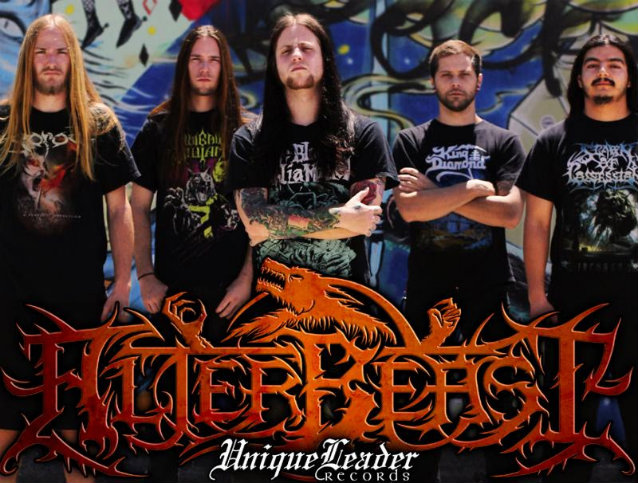 Sacramento technical death metal militia ALTERBEAST will release its full-length debut on March 18 via Unique Leader. Titled "Immortal", the eight-track monster offering was meticulously assembled in several locals throughout 2013. With guitars and bass recorded at Augmented Audio in Los Angeles with former THE BLACK DAHLIA MURDER bassist Ryan "Bart" Williams, vocals arranged at Mayhemeness Studios in Sacramento by Bob Swanson (RINGS OF SATURN, PLAGUE WINDOW) and drums tracked at Castle Ultimate Studios with Zack Ohren (LIGHT THIS CITY, ALL SHALL PERISH, FIRST BLOOD, CATTLE DECAPITATION, WARBRINGER), who also mixed and mastered the release, "Immortal" promises to deliver some of the most dynamic, instrumentally adept and plainly crushing material of the year.

Elaborates vocalist Cam Rogers of the outcome: "'Immortal' is what was spawned from hard work, dedication, and downright brutal musicianship. It has intricate solos, absolutely crushing interludes and brutal circle-pit anthems.

"ALTERBEAST sets the scene with grievous piano preceding the onset of 'Flesh Bound Text', which comes in with blistering drums and guitars effortlessly making their way around the fret board.

"Every piece truly has its own personality on this record, whether it's the apocalyptic soundscapes of 'Ancient's Retribution', the devastating aggression of 'Vile Remnants' or the unmerciful grooves in 'Throne Of Maggots'.

"This album has something for every listener and comes together seamlessly to form as a breathtaking whole.

"Immortal' is exactly what we intended it to be: a gripping and intense death metal album."

The song "Flesh Bound Text" can be streamed below.

Formed in 2011 under the working title GARY BUSEY AMBER ALERT (GBAA), ALTERBEAST combines the teachings of THE BLACK DAHLIA MURDER, NECROPHAGIST and SPAWN OF POSSESSION with the classic death metal mastery of band's like DISSECTION and MORBID ANGEL into an irate expulsion of sonic deviance. After a year of dedicated song crafting, ALTERBEAST unleashed its first demo in 2012 and officially waged war on the populace with numerous shows opening for DEICIDE, DYING FETUS, TESTAMENT, REVOCATION, EXHUMED, SEVERED SAVIOR and many others. Their crushing live assaults combined with a DIY ethos quickly earned them a revered place within the local death metal community. 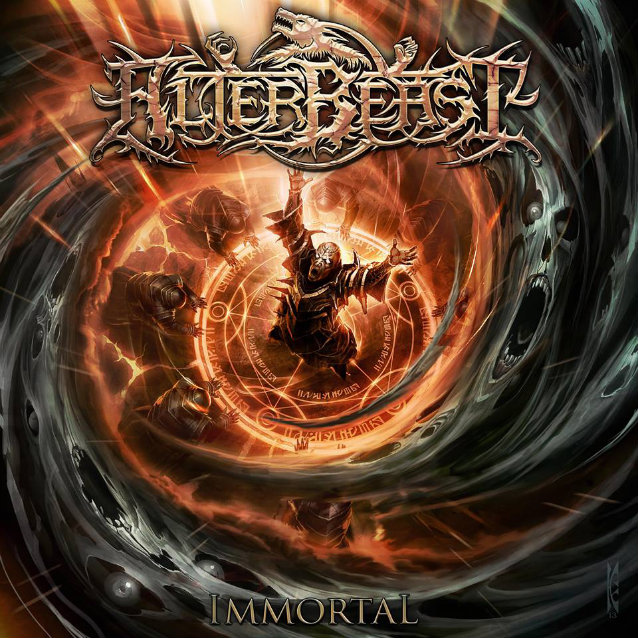