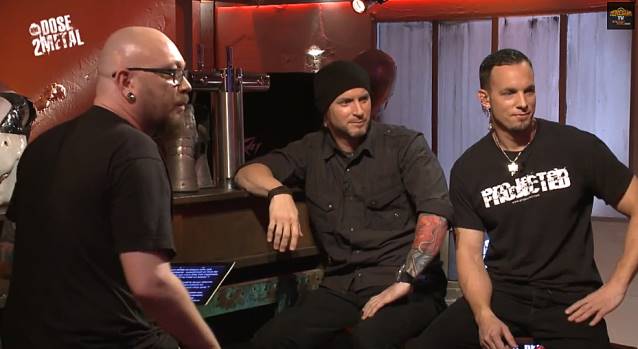 ALTER BRIDGE members Mark Tremonti and Brian Marshall were interviewed on a recent episode of the French show "Une Dose 2 Metal" on L'Enorme TV. Check it out below.