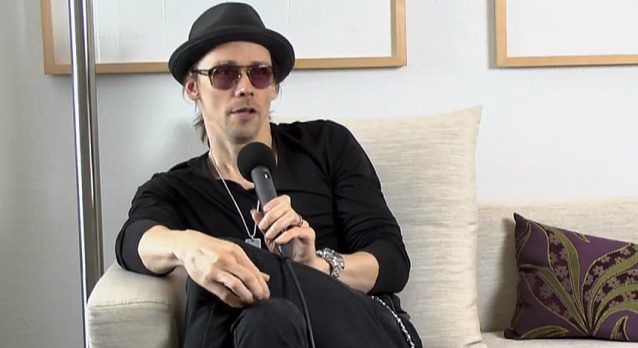 60minuten.net recently conducted an interview with ALTER BRIDGE and SLASH singer Myles Kennedy in Berlin, Germany. You can now watch the chat below.

Asked if there was any particular sound ALTER BRIDGE was going for when writing and recording "Fortress", Marshall said: "There was no real pretense of how we wanted it to sound. We just got in there on several different occasions while Myles was out with Slash. He would fly into Orlando when he could, and we would have set up at Mark's [Tremonti, guitar] house, and we had three different writing sessions, all of which were about a week a piece, and we just went with it and sort of pieced it together. There was no pretense, we just went with a lot of our different ideas for different parts. We just got in together and kinda went through the process. It was more or less the same as we always do it. The songs are just an evolution of where we are and that's just how it is, really."