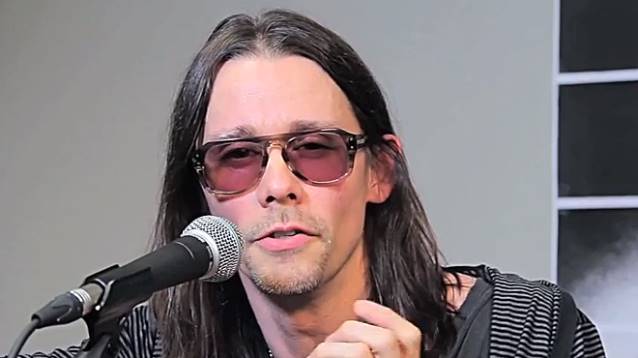 ALTER BRIDGE and SLASH singer Myles Kennedy was interviewed on the latest edition of the "Maximum Threshold" radio show. You can now listen to the chat in the YouTube clip below.

ALTER BRIDGE's fourth album, "Fortress", is likely to sell between 30,000 and 35,000 copies in the United States in its first week of release, according to industry web site Hits Daily Double. The estimate was based on one-day sales reports compiled after the record arrived in stores on October 8 via EMI Label Services.