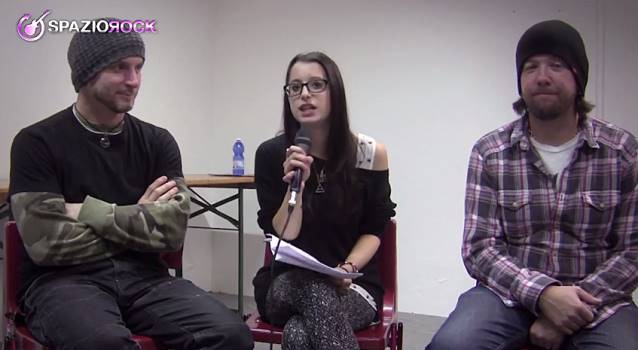 Italy's SpazioRock recently conducted an interview with Brian Marshall and Scott Phillips of ALTER BRIDGE. You can now watch the chat below.

ALTER BRIDGE will celebrate its 10th anniversary on January 6 with the release of "Alter Bridge X", a massive, 27-disc boxed set that will be limited to just 3,000 copies worldwide. The set will include all four ALTER BRIDGE studio albums, along with DVD, Blu-ray, and vinyl audio copies of "Live From Amsterdam" and "Live At Wembley", including a 3D version of the latter. Also in the box will be every webisode to date, hours of unreleased interviews and documentary footage, a coffee table book, a signed poster, and much more.