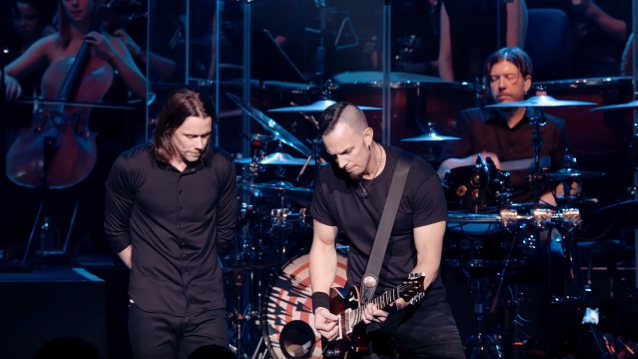 Coming on the heels of the announcement of ALTER BRIDGE's career-defining set "Live At The Royal Albert Hall Featuring The Parallax Orchestra", the band has released another video from the live performance. The latest track, "The End Is Here", is a song from the group's 2004 debut release, "One Day Remains".

"The End Is Here" is the last song on the album that introduced ALTER BRIDGE to the masses and is a track the band hadn't performed since its first touring cycle. The live performance from Royal Albert Hall also showcases one of the rare moments in an ALTER BRIDGE concert where frontman Myles Kennedy puts down his guitar and his only instrument is the voice that makes him one of the most recognizable performers in rock music. The video for the track can be seen below.

"Live At The Royal Albert Hall Featuring The Parallax Orchestra" is a 21-song collection that features some of ALTER BRIDGE's biggest hits, fan favorites and even a couple of rarities including "Words Darker Than Their Wings" — a song the band had never played live previously. Songs like "Before Tomorrow Comes", "Ghost Of Days Gone By", "The Last Hero" and "Broken Wings" all find new life with the unique arrangements presented by Dobson and the Parallax Orchestra performing alongside the band. The pre-order for the release is live and fans can order various audio and video configurations including Blu-ray, DVD, CD and vinyl as well as other unique bundles with exclusive content. A portion of the proceeds from all sales will go to the Future Song Foundation; an organization that Myles Kennedy is closely involved with.

The track listing for "Live At The Royal Albert Hall Featuring The Parallax Orchestra" is: 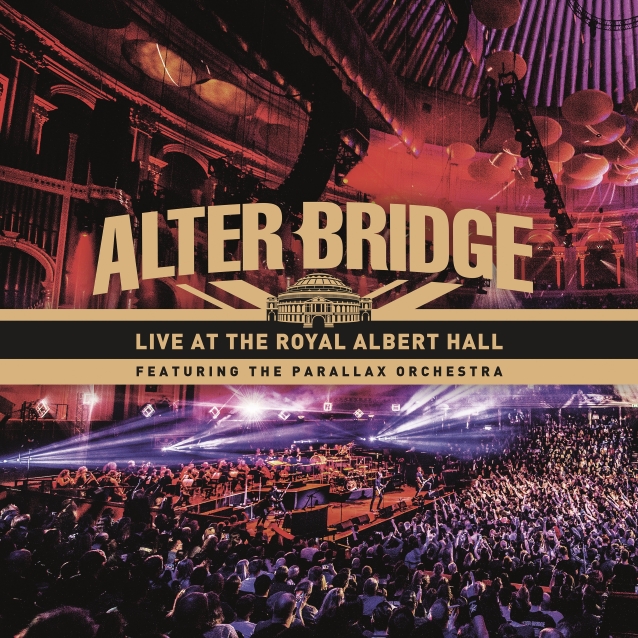