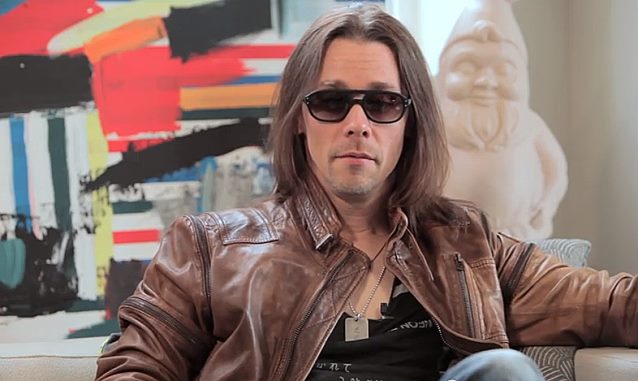 In a 2012 interview with Metalshrine, Myles said that his upcoming solo effort would feature guest appearances by "a lot of friends," including Slash, who "was kind enough to offer his guitar prowess on a track which turned out really cool."

Regarding how the musical direction of his solo album compares to that of ALTER BRIDGE and Slash, Myles said: "People who have heard it say it's closer to my previous band back in the late '90s, THE MAYFIELD FOUR. It kinda has that vibe to it. It's definitely different from both SLASH AND THE CONSPIRATORS and ALTER BRIDGE stuff." He described the CD to Music Radar as "probably a little more singer-songwriter oriented than what people have heard from me before. There's piano on it, and it's a little more intimate sounding."

Slash told Rocksverige.se that he was blown away with Kennedy the first time he ever heard his voice, saying, "I had never met him before, I had just heard about him. I didn't even know what he sang like. I asked him to sing a song on my (first) solo record with all the different singers, and he was fucking great. Then we met, he came to L.A. and we recorded the studio version of 'Starlight'."