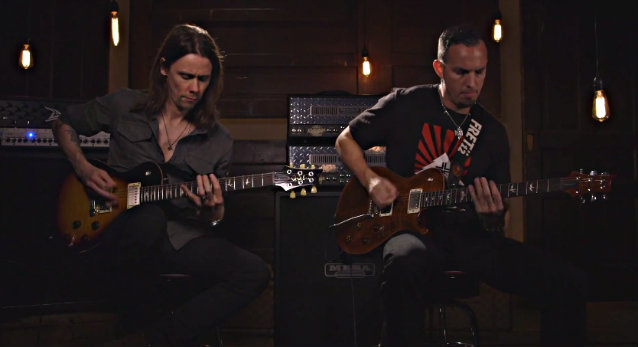 Fret12 is changing the game yet again with the latest new DVD in its "The Sound & The Story" documentary series.

Starring guitarists/vocalists Myles Kennedy and Mark Tremonti of ALTER BRIDGE, this two-disc/six-plus-hour feature production is a must-see for any fan that wants to go behind the scenes to get all access to the writing and production of the newest ALTER BRIDGE album.

The guitar duo sits down to teach you every single riff, lead, and solo from ALTER BRIDGE's "Fortress". Kennedy and Tremonti become your personal guitar instructors in this exclusive insight into an album like you have never experienced before.

"Fortress" has been critically-acclaimed the world over and has been touted by many as one of 2013's finest albums; find out the full story in this all-access DVD set.

To purchase this massive DVD biography/instructional as well as a full line of Tremonti, Kennedy and guitar-centric merch, visit www.fret12.com. 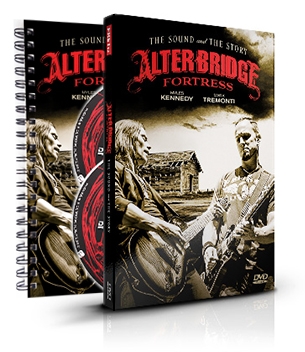