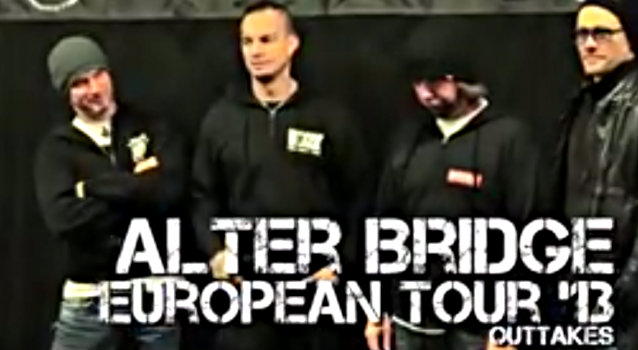 A four-and-a-half-minute collection of "outtakes" from ALTER BRIDGE's recently completed European tour can be seen below.