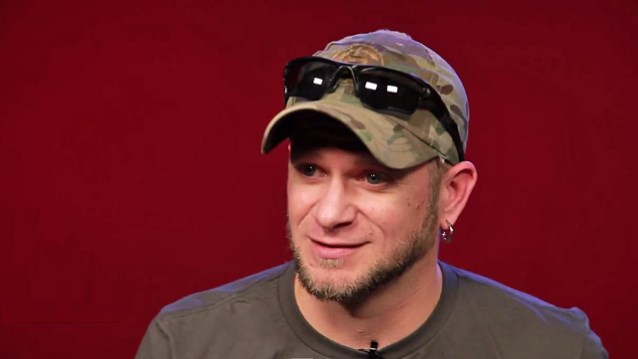 ALL THAT REMAINS singer Phil Labonte was recently interviewed by the Q103 radio station in Albany, New York. You can now listen to the chat below.

WHITECHAPEL drummer Ben Harclerode is playing in his stead while Costa recovers.

ALL THAT REMAINS is continuing to tour in support of "The Order Of Things", which was released on February 24 via Razor & Tie. The CD follows up the group's 2012 effort, "A War You Cannot Win", which featured the massive rock singles "What If I Was Nothing" and the chart-topping "Stand Up".