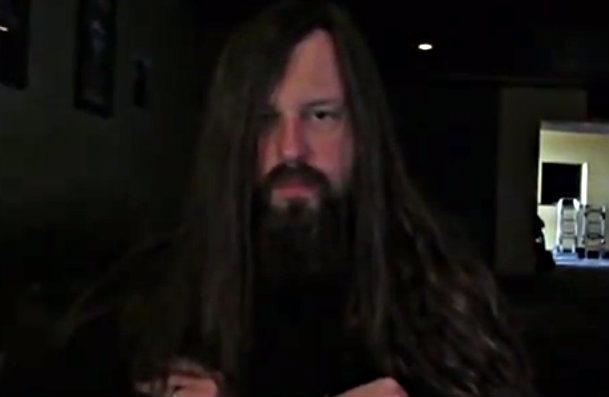 Cheryl of Michigan Concerts conducted an interview with with guitarist Oli Herbert of Massachusetts metallers ALL THAT REMAINS on November 13, 2013 at the Orbit Room in Grand Rapids, Michigan. You can now watch the chat below.

ALL THAT REMAINS' "What If I Was Nothing" video was directed by Rasa Acharya and Dan Kennedy of Little Sky Film (SAY ANYTHING, WE CAME AS ROMANS).

In conjunction with Record Store Day, ALL THAT REMAINS released a limited-edition vinyl version of their "The Fall Of Ideals" album (Razor & Tie). Available for the first time ever on vinyl, the LP is ALL THAT REMAINS' 2006 critically acclaimed metalcore classic. The album was produced by Adam Dutkiewicz (KILLSWITCH ENGAGE, UNDEROATH) and features 11 songs, including the hits "This Calling", "The Air I Breathe", "Six" and "Not Alone". The vinyl is pressed in a striking blue/black swirl color.