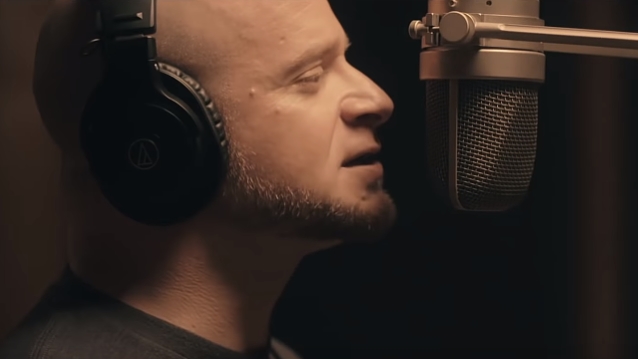 San Jose's dynamic lyrical hip-hop duo GORILLA VOLTAGE has teamed up with Phil Labonte of ALL THAT REMAINS to deliver a song called "Good Die Young" as a Spotify exclusive. The track is taken from GORILLA VOLTAGE's sophomore album, "Gods & Claws", which hits streets on January 18, 2019 on MNE.

"Good Die Young" exhibits haunting vocals with a beast of a metal scream in the chorus about living forever as a badass with no regrets. GORILLA VOLTAGE uses unparalleled wordplay with its signature vocal tone dynamic that keeps this song moving like a freight train.

Said GORILLA VOLTAGE in a statement: "When writing the song, we had a clear vision that this was about the duality of good and evil from the from the latter's perspective. The driving beat produced by Seven gave us an opportunity to have fun with some wordplay from the eyes of a couple of bad huevos.

"The hook we had written was calling for a big voice that could deliver the lyric and get brutal at the end of it. Phil Labonte was the only man for the job. Both of us, being huge fans of Phil and ALL THAT REMAINS, were amazed and honored to be able to work with the metal juggernaut. He executed the vision better than we could have hoped.

"This song, to us, is an epic boom bap metal crossbreed of what it's like to know the stains of past deeds can't be washed off. So we just gotta say fuck it and be what we're born to be." 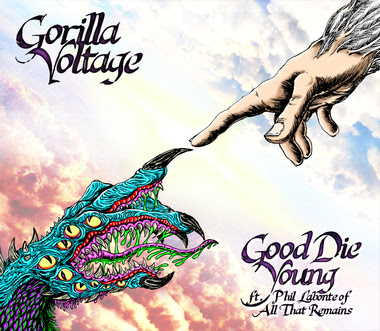