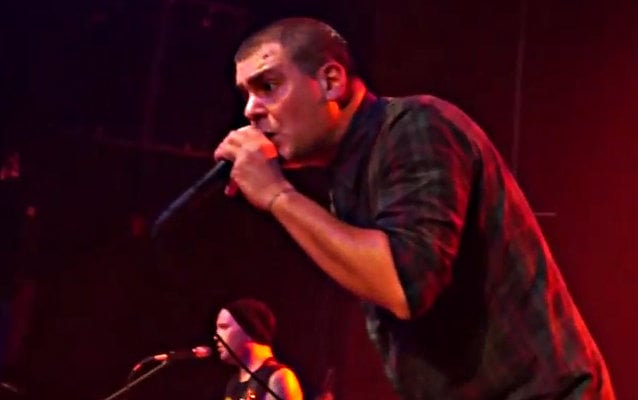 ALIEN ANT FARM will release a new single, "Homage", on September 2 via iTunes. The song's arrival follows the recent announcement of the band's new record deal with Executive Music/The End Records. You can stream the track at this location.

Comments ALIEN ANT FARM vocalist Dryden Mitchell: "'Homage' is plain and simply just what the title says... a homage to various artists that have influenced me/us or at least provided the background to some good times in our lives.

"The song just had this wonderful nostalgic feel, BEFORE the lyrics even got added... and then it just slammed the point home.

"I really have a special place in my tiny black heart for this big colorful song. Whatever it does on a listener level, I know some folks will get it... Immediately."

Since the formation of ALIEN ANT FARM in 1995, the quartet has enjoyed worldwide success, selling over five million records over the course of their three album releases, a Grammy and AMA nomination along with a number of No. 1 and Top 10 singles to date.

From the beginning, the clever humor of Dryden Mitchell and guitarist Terry Corso has delivered visual imagery that made the band vanguards in the realm of music video. All of the singles released received heavy rotation on MTV and MTV2, with "Smooth Criminal" voted as the No. 2 video of 2001 on MTV's countdown. They appeared on the channel's programs "Celebrity Dismissed", "MTV Cribs", and hosted an episode of "House Of Style". Alongside the massive support from cable, ALIEN ANT FARM were darlings of broadcast television with multiple appearances on "The Tonight Show With Jay Leno", and support from Carson Daly, "Extra", CNN, "Access Hollywood" and MADtv, among many more. With all the notoriety also came a 2001 Grammy nomination for "Best Hard Rock Performance" in 2001.

Come 2014, ALIEN ANT FARM is back, and the path for the future will unfold one day at a time. As their career approaches two decades, guitarist Corso offers: "Although we spent a couple of years quiet, there is no denying the chemistry when we all get back into a room and on the road together. The band, the show, and the songs are just better when we are all together and have a fresh outlook on how we want to get back and give back to our fans." Drummer Cosgrove echoes: "It's good to be back in the swing of things with getting new music out and back on the road in front of those who have supported us for so long and to meet new fans that might have just been turned on to ALIEN ANT FARM." 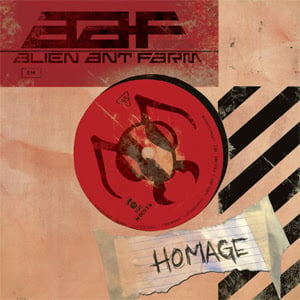