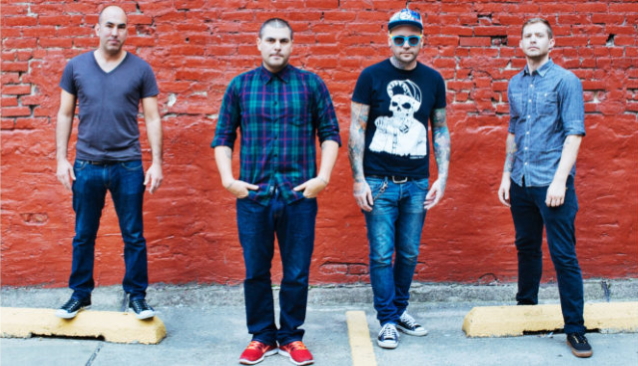 Fresh off the release of their cover of WHAM!'s "Everything She Wants" and their signing to Megaforce Records, alt rock veterans ALIEN ANT FARM are ready to entertain fans currently in lockdown with their upcoming livestreamed, audience-free performance from the world-famous Los Angeles music venue Whisky A Go Go on Saturday, July 11.

Having been together since 1996, ALIEN ANT FARM has supplied a steady stream of rock hits, including "Movies", "These Days" and its cover of Michael Jackson's "Smooth Criminal". The band is currently working on its sixth studio album and will be releasing more new music later in 2020.

"We live in this wait-and-watch world at the moment," says guitarist Terry Corso about the upcoming performance. "So I think this online performance at the world-famous Whisky A Go Go in Hollywood is going to be an experiment in what could be the new norm. Everyone is having to get creative and outside the box as far as facilitating material to fans. I think this is a pretty intriguing situation, and I'm excited at the notion of playing one show that people all over the planet can participate in.

"Next for the band is working with our new label partner Megaforce Records to get this new record out ASAP," he explains about future plans. "Getting back on the road would be great. Maybe even keep developing our drink line with Packinghouse Brewing Co. We've been trying to write music during the lockdown. Suddenly, everything now is about video, so there's a lot of that going on... front yard golfing, home projects, keeping loved ones safe and trying not to go crazier than we already are, etc."

Tickets for ALIEN ANT FARM's upcoming livestream performance at Whisky A Go Go on July 11 can be purchased here. 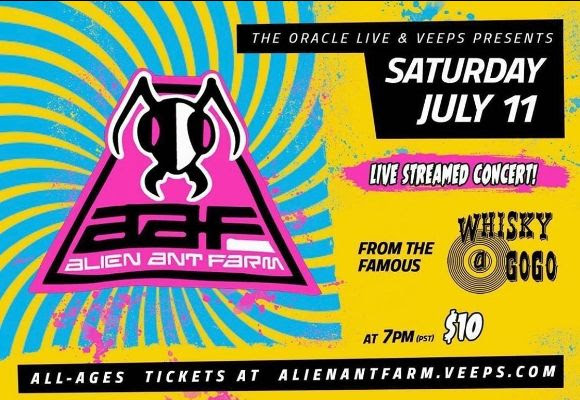