"White Hot", a new solo song from ALICE IN CHAINS vocalist/guitarist William DuVall, can be streamed below. The track is taken from DuVall's debut solo album, "One Alone", which will be released on October 4 via DVL Recordings.

Asked by Antihero magazine if he still has hopes, dreams and ambitions, DuVall said: "Oh yeah. I've not even hardly gotten started. Yeah, I totally feel like I haven't done anything. At the same time, yes, I'm proud of it, I'm proud of that. It just feels like, 'Oh, I've barely scratched the surface.'

"And that's why it's so important to get this record out and keep it moving," he continued. "And it's one of the reasons why I wanted this album, 'One Alone', to be so reductive, you know, it's just those one voice, one guitar, because… All right, we view it as a reaction to all the rock records I've made over the last, even just the last 20 years. Forget the hardcore punk stuff, even this last 20 years, the sort of rock-based records I've made, you know… It was time for something different. And this was about as different as I could get whilst still being totally sort of self-reliant. It's like, okay, let's just pare it down to just one voice, one guitar. And then at the same time, it's sort of like, this is a great starting point for what I hope will be more records under my own name, that can then incorporate more of the kind of sounds that I'm perhaps better known for. You know, getting back to electric music, getting back to rock and roll, getting back to those… You know, the dynamic version of electric rock and roll that I really like. But this is a great starting point for anything that might come in the future."

According to DuVall, "One Alone" sees him opening up a lot more emotionally and sharing stuff that he hadn't shared before through song. "It's almost like you could view it as like an emotional and a musical cleansing by fire, you know?" he said. "It's sort of like when you've got to burn the earth so that the soil can renew itself, kind of thing. It's like it has a little bit of that feeling of like, yeah, we want to get really raw. And that way, it's sort of like all bets are off now. It's like, 'Okay, this guy can… He's liable to come at us with anything,' you know? And we always will have this record, this 'One Alone' album, as sort of a touchpoint, you know, a sort of a base to go back to and say, like, 'Okay, yeah, well if you want the most sort of purest distillation of who this person is, go back to this record.' And there it is… This is a very, kind of, a bold way of introducing myself in to… Or maybe reintroducing myself to the folks that know ALICE, and I would hope it might be a doorway into my history as well, so they can go back and look at the COMES WITH THE FALL records and all the stuff before, and say, 'Oh wow, okay,' you know? Because people are discovering that stuff all the time anyway. But this just sort of puts the spotlight on like, 'Oh, he's got something new coming out'… It naturally leads to discussions about my history and hopefully, it will be a nice way for people to walk in and check that out."

Cantrell befriended the members of COMES WITH THE FALL in the early 2000s, playing shows with the band on the West Coast, then enlisting the musicians to tour with him as both opening act and backing group in support of his album "Degradation Trip". 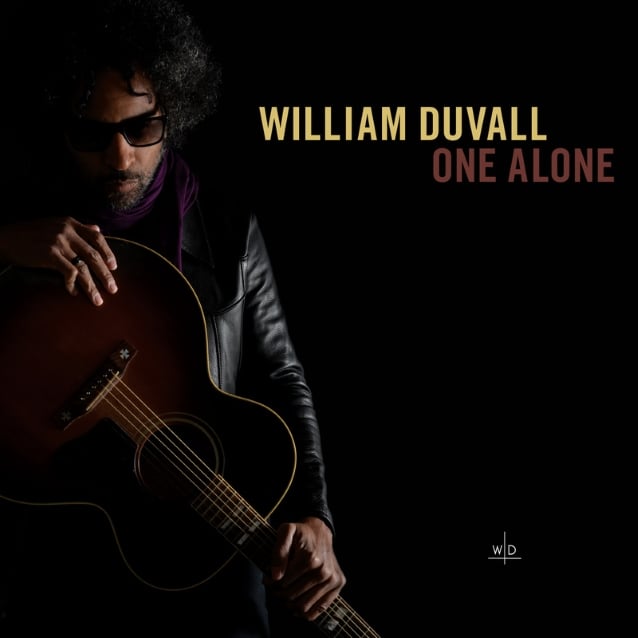