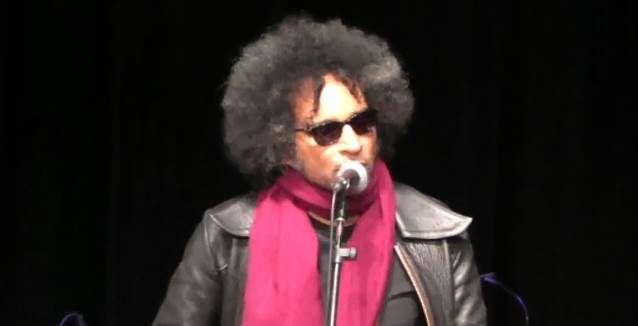 Said DuVall during his performance: "For quite awhile now, I've had to listen to a lot of mean-spirited talk from people who do not agree with us, saying they want their country back. But, of course, by 'back,' they mean 'backwards.' The thing is, I don't wanna go backwards. 'Cause that's one of the reasons why I'm here tonight — 'cause I'm 'feeling the Bern' and I wanna take it forwards."

Check out William DuVall singing Tom Petty's "I Won't Back Down" and Bruce Springsteen's "Born In The USA" below. Video is courtesy of Bernie 2016 TV.

ALICE IN CHAINS recently completed a 19-date summer tour that launched on July 17 at the Pala Casino Spa & Resort near San Diego, wrapping up in Bethlehem, Pennsylvania on August 16.

The band donated two dollars from every pre-sold ticket to a fundraiser in memory of a fan named Stefan Dayne-Ankle, who passed away after a battle with leukemia.

The dates marked the first tour for the band since they hit the road back in 2013 and 2014 in support of their latest album, "The Devil Put Dinosaurs Here".